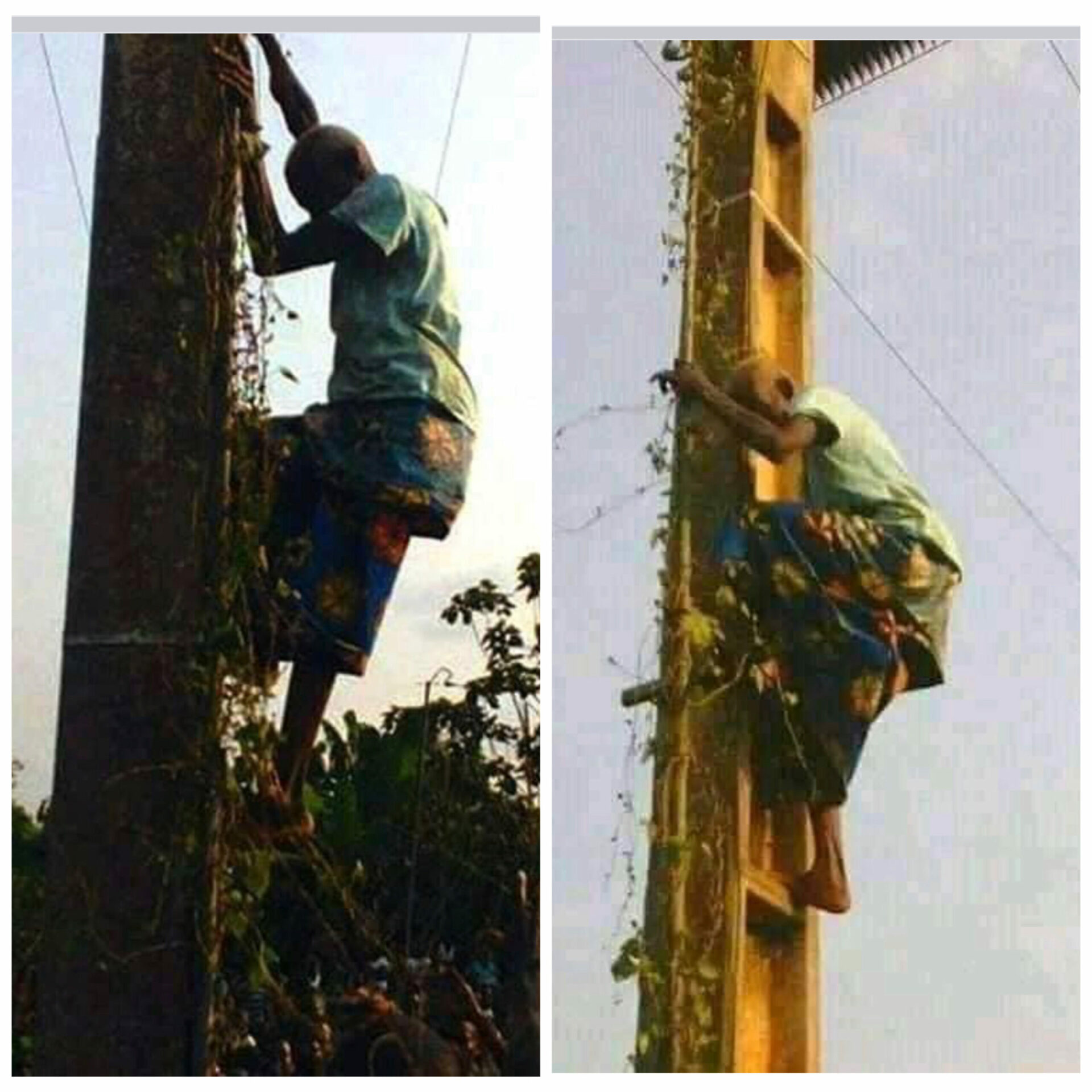 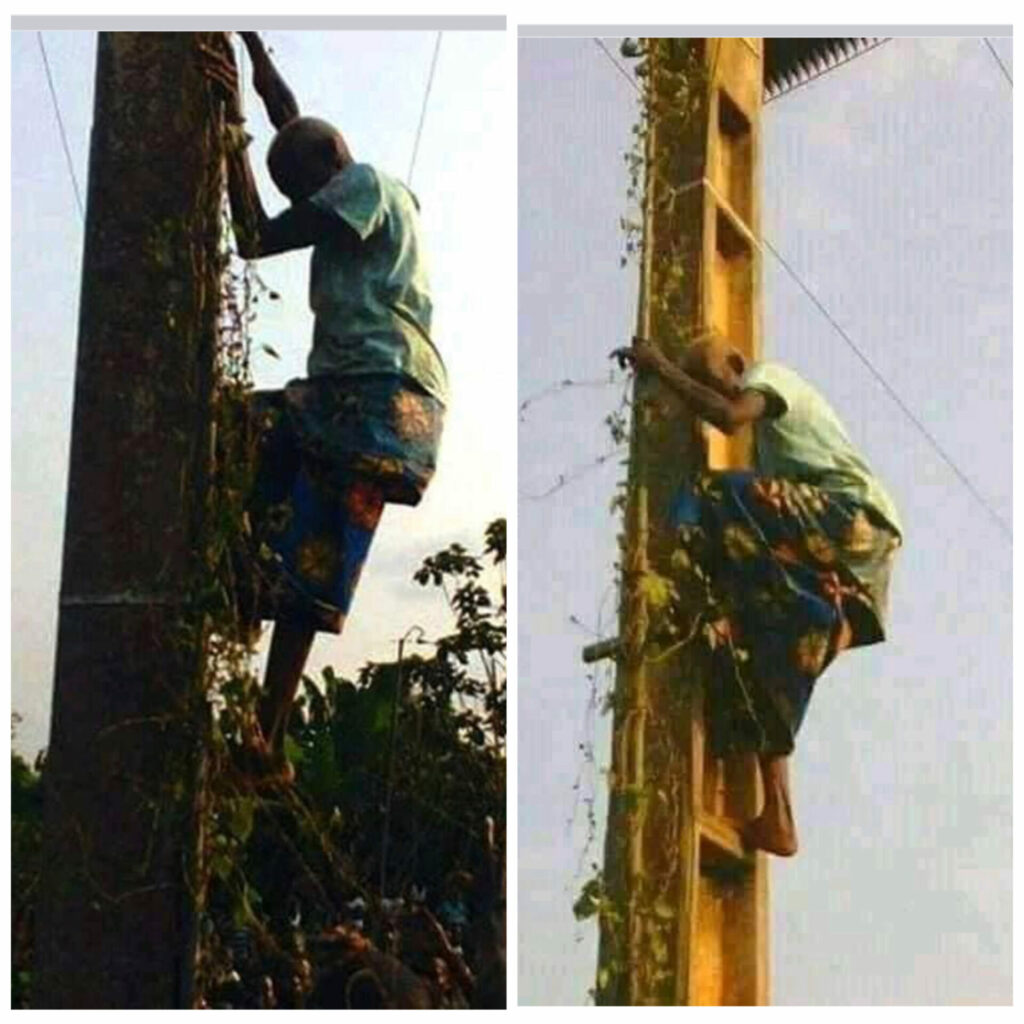 According to the Facebook post, the old woman climbed the pole to reconnect her community power supply after it was disconnected.

It is unknown if she was professional. But the manner in which the woman did it made many to stomach the thought that she could be an ex-staff of an electricity company.

Some criticized the power company for not being able to do their job.

This reportedly happened in a community in Nigeria.

“I still don’t understand how this 75-year-old woman from Delta state successfully climb NEPA pole, reconnect her community power supply after the Power Holding Company’s disconnection. She came down alive without a scratch. She connected it from the High Tension to avoid future Power failure.

NEPA dey learn work for where this woman dey!!”