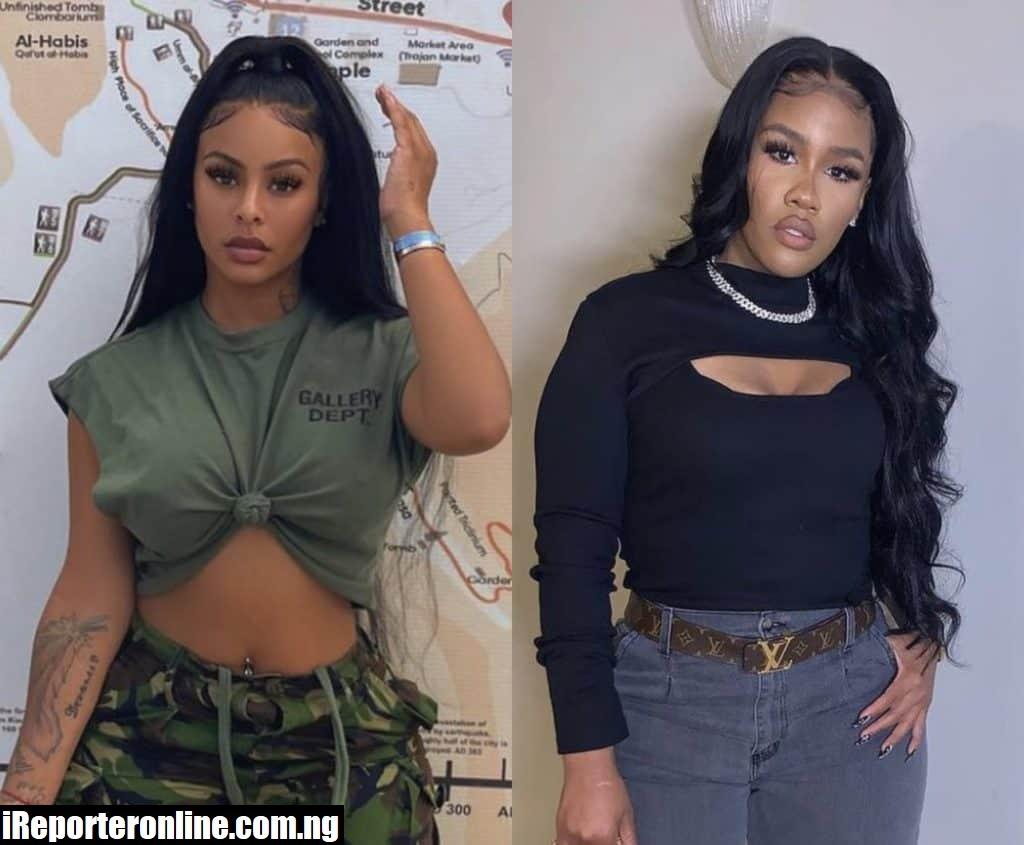 We spoke with Alexis about what really went down last night and she explained that despite what people may think, she and Akbar did not get into a physical altercation. In fact, they didn’t have any physical contact at all and Akbar did not snatch her ponytail off.

As we previously reported, Akbar was spotted turning up at Saucy Santana’s party with a ponytail resembling Alexis’ in her hand. Alexis confirmed with us that the ponytail was in fact hers. She explained that while she was walking out of the party, Akbar allegedly walked up behind her and was stopped by security.

In the midst of that, Alexis told us security accidentally pulled her ponytail and Akbar picked it up before returning to the party.

“I walked out the party, she was apparently running behind me to fight but my security pulled my hair by mistake,” Alexis said. “And she running around the club with the ponytail she. She didn’t touch or fight me at all.”

Shortly after she spoke with us, Alexis Skyy’s bestie Ikey hopped on live to set some things straight as well. He called Akbar out, saying that she should have approached Alexis face to face rather than trying to “run up” on her.

Akbar has not responded to Alexis’ claims at this time.