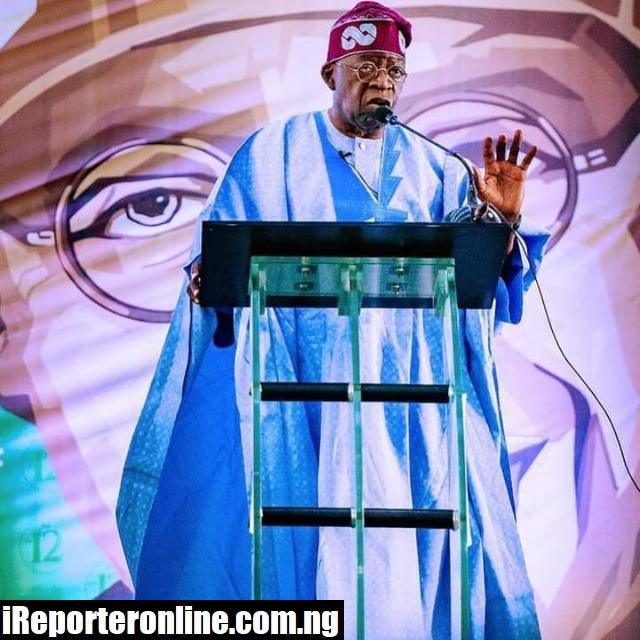 Have you ever heard of the word Hypemen? These guys can be seen everywhere, at clubhouses, churches, events, weddings, burials etc.

They are known as MC in some cases. These guys are traditional praise chanters. Sometimes they appear as band singers and usher you into events, their praises can swell one’s head to the highest heavens. Today I would take out valuable time to give credit to whom it is due.

With the recent political activities ongoing it is clear that the confidence of the people in a united and indivisible Nigeria is gradually restoring, from political understudies na clear mata say FG don ready to assuage the minds of Nigerians say yes election go hold under a united Country. You know say as at 2 months back the uncertainty dey very high and people don dey wonder if at all the 2023 General elections go take place.

You no go blame them actually as the agitations for a breakaway country was at its peak, but with the clamping down on Sunday Igboho and Nnamdi Kanu it seems all is now set for the political manoeuvrings to begin in earnest.

Already Alhaji Atiku Abubarkar don begin him own quest to succeed President Buhari and from the way the man dey go e b like na him dey on board for the main opposition party the PDP. The elder statesman don relocate back to  Nigeria from Dubai to start heavy preparations.

He has started his nationwide consultation which brings to the fore that the Presidency is not a tea party.

But before all these uncertainties of a disintegrated Nigeria begin rear e ugly head e get one man wey everybody dey talk about, it is either for or against. And for those that are against this man they would stop at nothing to discredit his personality.

That man na Asiwaju Bola Ahmed Tinubu the Jagaban of Nigerian politics. Big fish, Enjalla , nothing this man detractors no go talk bad about am , they are either interpreting his failures as a presidential candidate in APC or are casting disparaging comments about his age, health and even on so many occasions have announced his death.

Why always Asiwaju Bola Ahmed Tinubu? No day passes by without these opposition forces heaping blame and pouring invectives on Tinubu and I always keep asking is Tinubu in custody of their KIDNEYS?  I don ask tire yet they can’t point anything on Tinubu than to heap blames on the Jagaban, these are people that have Governors, State House of Assembly members, Federal Legislators, Senators, Ministers and co yet it is Tinubu that has left as Lagos State Governor since 2007 that is their headache. Ask them when last Tinubu shared Federal allocation like the State Governors and the Presidency and they will keep you mute and yet say Tinubu is the cause of Nigerian’s problem.

Or is Tinubu the godfather in their state that has stopped their Governors from performing after collecting allocation and security votes? Or is it Tinubu that nominated the minister and house of assembly members in their state? Funny people everywhere, Tinubu’s age is their problem when in reality the major contestants in their political parties are even older than the Jagaban.

Playing the blame game is stupid and childish. Even if it is someone else’s fault, the blame game is a wasted time, effort, and energy that takes you somewhere that is not going to get you anywhere. Political power can never be given on a platter of gold, you must work hard for it and have a workable plan.

Today Tinubu is reaping the fruits of his labour and the opposition are angry, Tinubu since he left political power has remained relevant in the political scene while their heroes are busy returning to their shells after every electioneering year.

Politics is a game of interest and Asiwaju Tinubu knows how to play his cards so well to remain politically relevant. Asiwaju Bola Ahmed Tinubu no doubt is today the biggest name in the political scene that even the opposition forces are scared to their marrow. They are fixated so much on a likely Tinubu’s candidacy that they fail to see that their political party has no credible candidate that can withstand the Jagaban.

Imagine every time you hear such talks like, abeg make this old man go siddon wetin e get to offer Nigeria? When you point to the fact that their chosen candidate is not even younger they reply with abeg make all these old men go siddon. Then you ask them who is your choice to take over as a new kid in the block they again remain mute.

You see Tinubu is a big name that towers above all other political names and his benevolence is what is working for him. Today the South-West is solidly behind him. Like Ogbeni Aregbesola said a few days ago, “Tinubu remains the boss which we are waiting to take orders from.” The South-South on its own is standing with Tinubu and the North seems to be his grooming ground.

Give and take Tinubu may defeat any presidential candidate as presented by any political party if this trend continues. Opposition don turn hypeman for Tinubu.

“Continuing to play the victim is a self-fulfilling prophecy. Blaming others for your station in life will indeed make you a victim but the perpetrator will be your own self, not life or those around you.”
― Bobby Darnel.

#Kyarigate: Davido sacks his logistic manager, Israel DMW over his support for the super cop