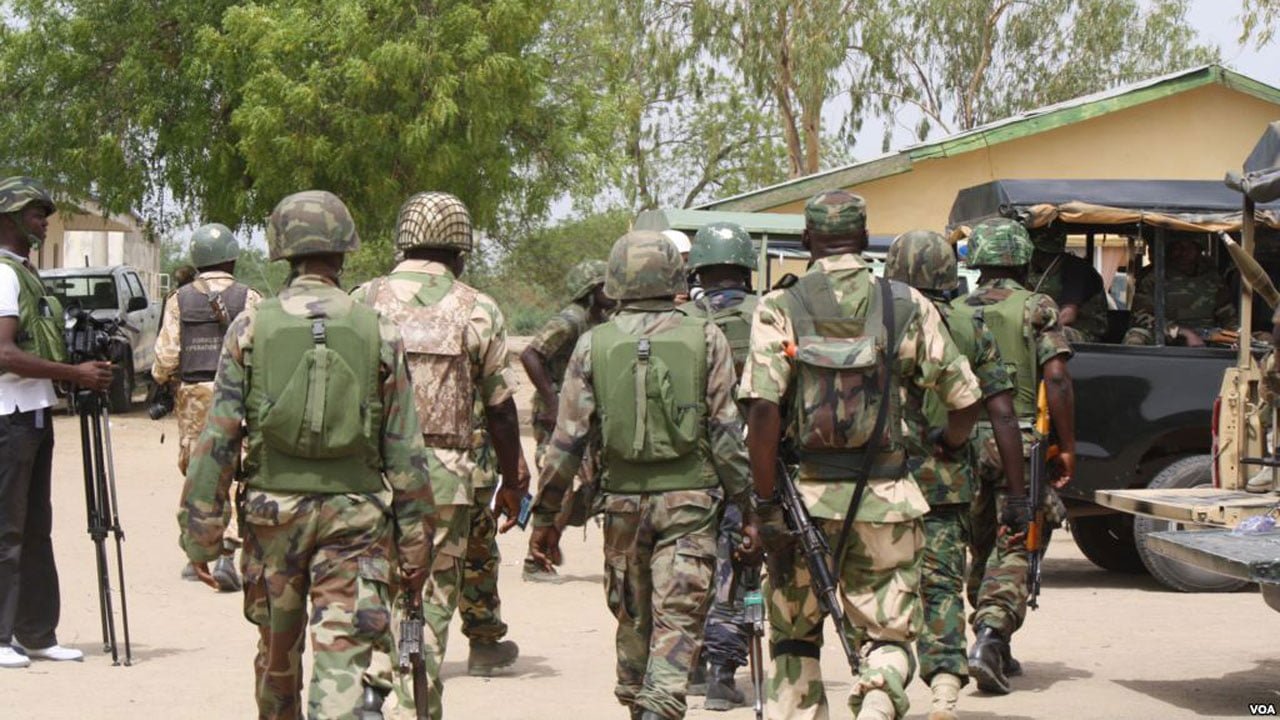 Private Hannah Sofiat Akinlabi, a female soldier detained after video clips of her being proposed to by a male corps member at the National Youth Service Corps orientation camp in Yikpata, Kwara State, went viral on social media has been released by the Nigerian Army.

SaharaReporters gathered that Sofiat was released on Saturday.

A spokesperson for the Nigerian Army, Brigadier General Onyema Nwachukwu, confirmed the development to PRNigeria.

He said, “I can confirm to you that an order has been made for the soldier to be freed and enjoy the Christmas with her family and friends with a serious warning for her not to repeat such act again.”

SaharaReporters had reported that the female soldier was ordered to be detained by Captain MM Abdulahi, Kwara State NYSC Camp Commandant, at a military detention facility in Ilorin, the state capital, pending further investigations.

A military source had said she was detained for not being “due for marriage, romancing on uniform publicly, absent on parade, indiscriminate behaviour, doing other things aside from her purpose in NYSC camp, disobedience to the standing order of social media rule and disobedience to ethics and tradition of the Nigerian Army”.

Akinlabi’s arrest and detention was widely condemned by civil society groups and Nigerians in general, who described it as gender discrimination by the Nigerian Army.