Senator Dino Melaye who represented the Kogi West senatorial district during the 8th National Assembly has questioned the capacity of President Muhammadu Buhari to represent Nigerians in a global education summit in the United Kingdom. 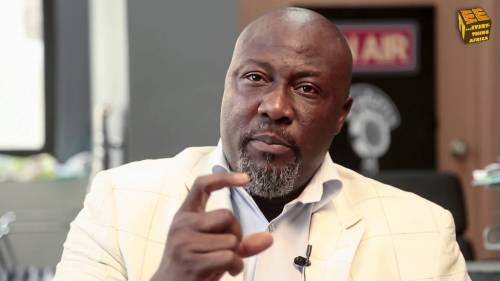 Buhari had on Monday departed Abuja for London to enable him attend the Global Education Summit on Financing Global Partnership for Education (GPE) 2021-2025 in the UK.

Disclosing this, Buhari’s spokesman, Femi Adesina, said the President will remain in London for two weeks to enable him undergo his earlier scheduled medical checkup in London.

Reacting, the former lawmaker slammed the president for representing the country, stating that he has nothing to offer academically.

According to Dino, the President would have asked the Vice President, Professor Yemi Osinbajo to represent the country in the global summit.

Dino made the remark in a video he tweeted on his official Twitter handle.

He said, “It is very funny that President Muhammadu Buhari has gone to London to attend the Global Education Summit.

“It is funny and it is outing Nigeria in a very bad shape because I’m wondering what will president Buhari be discussing in a global education summit.

“This is the man that has just secondary school certificate, a school sat failure and unfortunately, that certificate is even missing. We have not seen it, no copy of it.

“And you are going to a global education summit where you have professors emeritus. Where you have intellectual mobile characters. And Buhari is going to sit down and discuss what?

“I was even thinking that he would send someone like the Vice President, Professor Yemi Osinbajo to go and interact. Except the president is going to be deaf and dumb in the summit.

“It is a shame that Nigeria is not represented in this global summit because we have a president who has nothing to offer, who is intellectually stagnant, who has no capacity academically.

“Present Buhari should have told us that he is going for medical not Global education summit”.

How Tinubu Made Many Igbos Billionaire – Joe Igbokwe Reveals