No matter how much you love and care for your partner, you both will argue and fight once in a while. But how you fight and recover from an argument can make all of the difference when it comes to having a happy and healthy relationship. 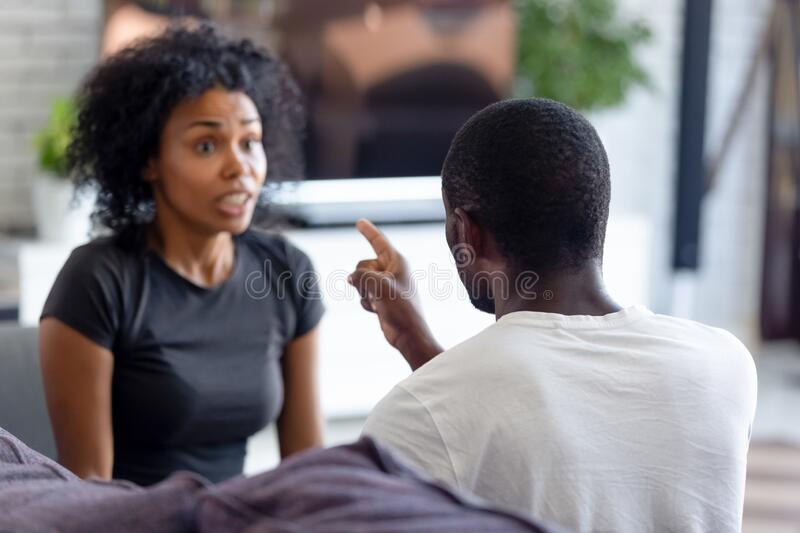 When you continue abusing your wife during arguments and tell her that she is lucky you married her and saved her from dying single in her father’s house, you are gradually destroying your marriage. Stop shutting down your woman because you feel superior to her, both of you are equals. Your relationship might not recover.

When you keep insulting your man with derogatory words and stripping him of his self-esteem, you are gradually building resentment and negativity in your relationship. Keep your tongue from speaking vile, evil and curse words against your man. You are tearing him down.

By identifying fighting styles that can wreck your relationship over time such as silent treatment and stonewalling and learning better ways to communicate even in the heat of the moment, you can maintain a stronger, better partnership.

Arguing in a destructive rather than a constructive, communicative way not only makes marriage more stressful and frustrating, but it can also lead to resentment, bitterness and divorce in the long run

One of the worst relationship killers men and women should be wary of is shutting down when one or both partners are seething with anger and have to trash out an important issue. It is like telling the other person that they don’t matter and their grievances mean nothing to you.

Many relationships and marriages have been destroyed by the couple’s inability to communicate. When one partner or both has developed a pattern of shutting down when they are uncomfortable, it is because they do not trust the other person enough to share their thoughts and feelings.

Another deadly weapon some couples wield in a fight is putting each other down. Belittling communication is also extremely detrimental to any intimate relationship because over time it causes emotional resentment between the couple. When resentment begins to build up, it contaminates the couple’s desire for intimacy.

Even with couples who communicate effectively, one or both partners may have a hard time letting go of the idea of “You’re wrong, I’m right.” Instead, they stubbornly fight to be right rather than working on actually resolving the problem.

A rigid communication style is harmful to intimacy because usually when one person digs in, the other also becomes inflexible and progress is halted. At this point, couples tend to focus only on their perspective of the problems, instead of focusing on resolution.

But it’s not just your fighting style that’s important in your relationship, your ability to move on once the spat is over can also affect the health of your marriage. When it comes to how well you bounce back from a fight, your attachment style often comes into play.

Even if you or your partner didn’t have the most stable, reassuring parents growing up, you can still have a healthy relationship if both of you are mature, secure and able to disengage from an argument rather than dwelling on the heated disagreement.

You and your partner are going to fight now and then. But while you may not always have control over what sets you off, you have control over how you handle the situation. You can do this by applying healthy habits that can foster a healthy relationship.

The first thing couples should do whenever there is an argument is to stay on point and find out what exactly they are fighting for. Being right doesn’t count as an objective in this case. Healthy, positive communication in any relationship should start with the following: respect, consideration, empathy, an open mind and a calm tone. Couples have to consider their objectives before communicating thoughts and feelings with their partners.

Positive healthy communication is not confrontational or argumentative; rather it is an attempt to get what one needs from his or her partner with the clear understanding that we must be willing to give to get. Couples should know that the key to a successful resolution is not to focus on the problem—old or new but instead to focus on the resolution.

Even if you are having a disagreement with your spouse or partner, watch your language. Choosing the right fighting words can keep an argument from turning nasty and sending stress levels skyrocketing. Having a disagreement shouldn’t be the opportunity you need to hurt your partner with words.

Think about your partner’s feelings even when you are quarrelling. Consider how harmful swear words and curses will hurt the one you love. Understand your partner’s point of view even if you feel you are right and he or she is wrong. Reason with your partner and don’t make them regret knowing you. Don’t hurt them with your words.

Couples also need to drop their all or nothing attitude. When you are frustrated with your partner because he forgot to take out the trash—again—or left his dirty socks and clothes all over your bedroom, watch your words.

Men and women have to know that going to the extreme doesn’t help their argument. “Leave out ‘you always’ and ‘you never,’ and focus on your specific point—that you would appreciate it if he could step up more. Ditch the accusatory tone when trashing out issues with your partner. If you don’t do that, they will fight back by being defensive and start accusing you too.

Empathize with your partner. It is normal that when you are angry with your partner, it is tough to feel empathy for him or her. But channelling your sympathetic side not only cools anger, it helps you better understand each other’s position and fosters healthier communication.

Empathy is the key to being able to argue better and to put yourself in the other person’s shoes. You have to really listen—not just pay lip service while you are thinking about your rebuttal. You have to realize that you are talking to someone you love.

Cut out unnecessary insults to people. Don’t stoop to demeaning or belittling your partner just because you are hurt and angry. Don’t show contempt for your partner because you are not perfect either. Instead, think about the intent of the other person. They are not trying to do you wrong.

You have probably heard it a hundred times: “Don’t go to bed angry!” But if your quarrel kicks off late at night, sometimes tabling the talk until the next day is necessary. You are not going to get anywhere when your partner is half asleep, really irritated and isn’t really available to have the discussion at that point.

If a couple is unable to resolve issues before they go to bed, they should consider agreeing upon a plan to discuss the resolution at a later time and then go to sleep. They have to be sure to make it a priority to deal with the issue head-on once morning comes. Some people don’t like being disturbed when they want to sleep.

Mockery: Couple That Marked Honeymoon On Terrible Road In Imo State Return To ‘Fish’ On The Same Road [Photos]