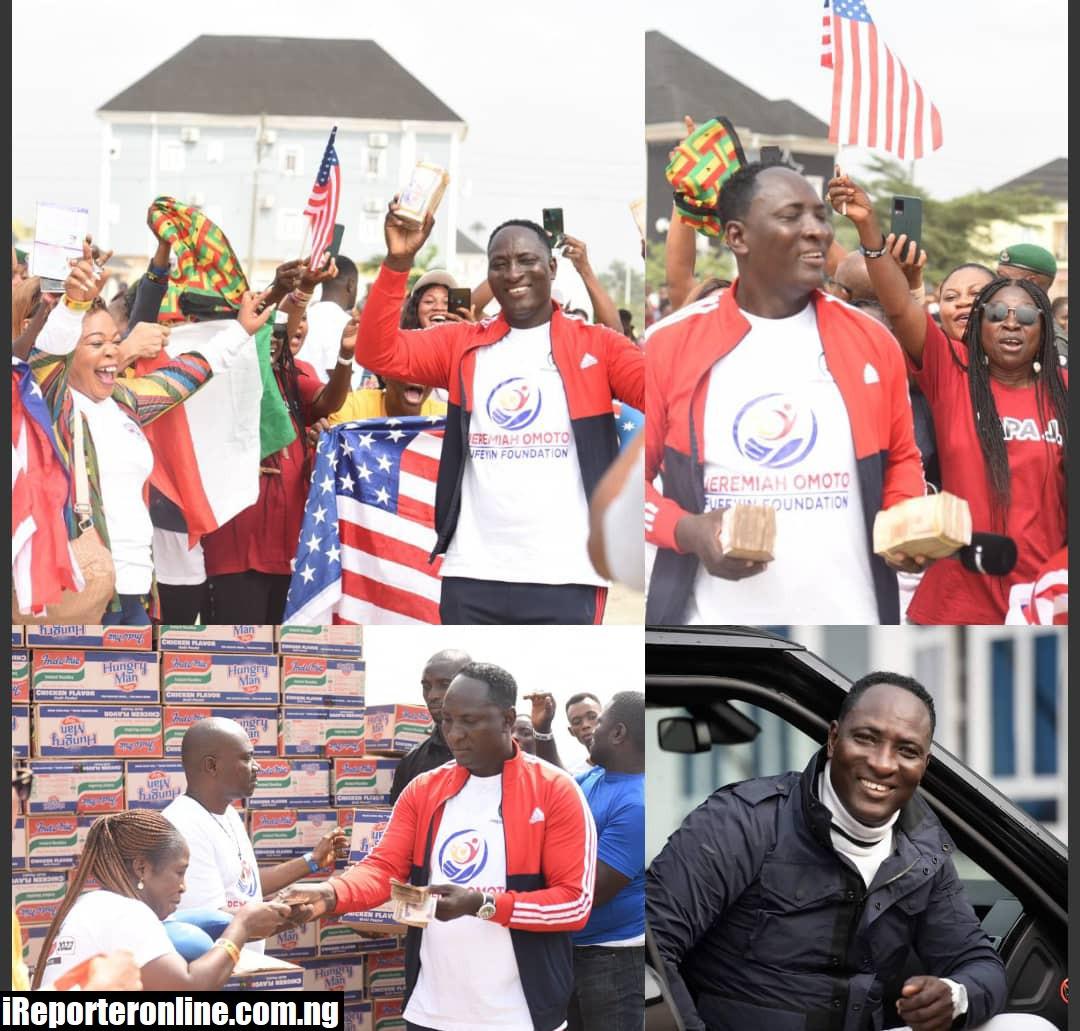 Reactions are beginning to emerge from across the country as thousands of families were yesterday feted with over N85 million and foodstuff by the Jeremiah Omoto Fufeyin Foundation, headed by Warri-based billionaire prophet, Jeremiah Fufeyin.

Coming at a time when economic hardship is taking a toll in a country where more than half of the population are struggling to feed and falling below the poverty line, most Nigerians, who commented on a live session broadcast across social media platform of the Christ Mercy Land Deliverance Ministry, pastored by Fufeyin, insisted that the gesture would go a long way to assuage the suffering of the masses.

They also noted that the generous prophet was doing what every well-meaning Nigerian must embrace, adding that the billionaire prophet remained a blessing to this generation.

The development, which equally attracted reactions from followers of the pastor from another country of the world, is coming barely a few weeks after Fufeyin provided over N40 million to wives of men of the Nigerian armed forces, who died in service.

Fufeyin had noted that apart from ensuring that people are prayed for and receive salvation, people needed to be shown the love of Christ by being assisted to live better and supported in their daily struggle.

While he personally handed over the gifts to the masses, especially all the workers in his church, people who had turned out in large number at the church were seen leaving with excitement and joy.

Commenting on the gesture of the pastor, Edward Somtochi commended the man of God while stressing that such move would continue to attract blessings to the man of God.

Antonio Arinze, who equally commented on the social media live session noted that the prophet exhibited the attributes seen in Jesus Christ, stressing that God would continue to bless the prophet.

“Everest Eze, in his own contribution said, “No one can do what you do my father. Your heart is like the heart of God. May you remain forever blessed.”

Another follower, Emeka Collins Kizito described the billionaire prophet as a merciful father, adding, “your account will never lack billions in the name of Jesus.”

Last, nearly about N800 billion was said to have been released by the cleric as a palliative in support of the Federal Government and the masses to assuage the impact of the Covid-19 pandemic.