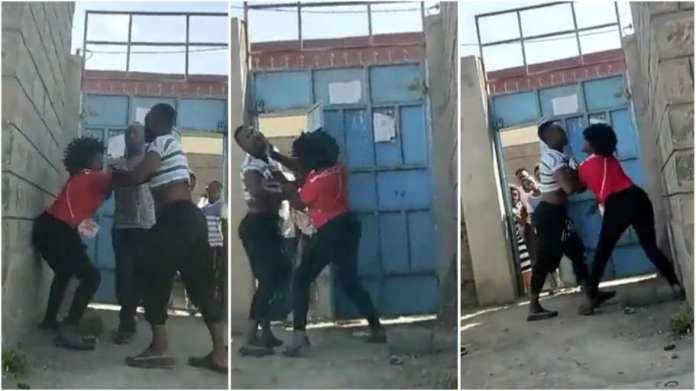 Drama As Lady Confronts Sister’s Boyfriend, Beats Him Like A Kid (Video)

The video captures the moment a lady confronted her younger sister’s boyfriend and beat him up.

Tenants of one of the estates in Nakuru were treated to free drama.

According to reports, the lady went berserk after she got wind that the man was frequently battering her sister.

From the video, the lady is seen unleashing hot slaps on her sister’s boyfriend as tenants desperately try to calm her down.

‘’Mbona unapiga sister yangu( Why are you beating up my sister)” the lady is heard ranting in the video while beating up the poor man.