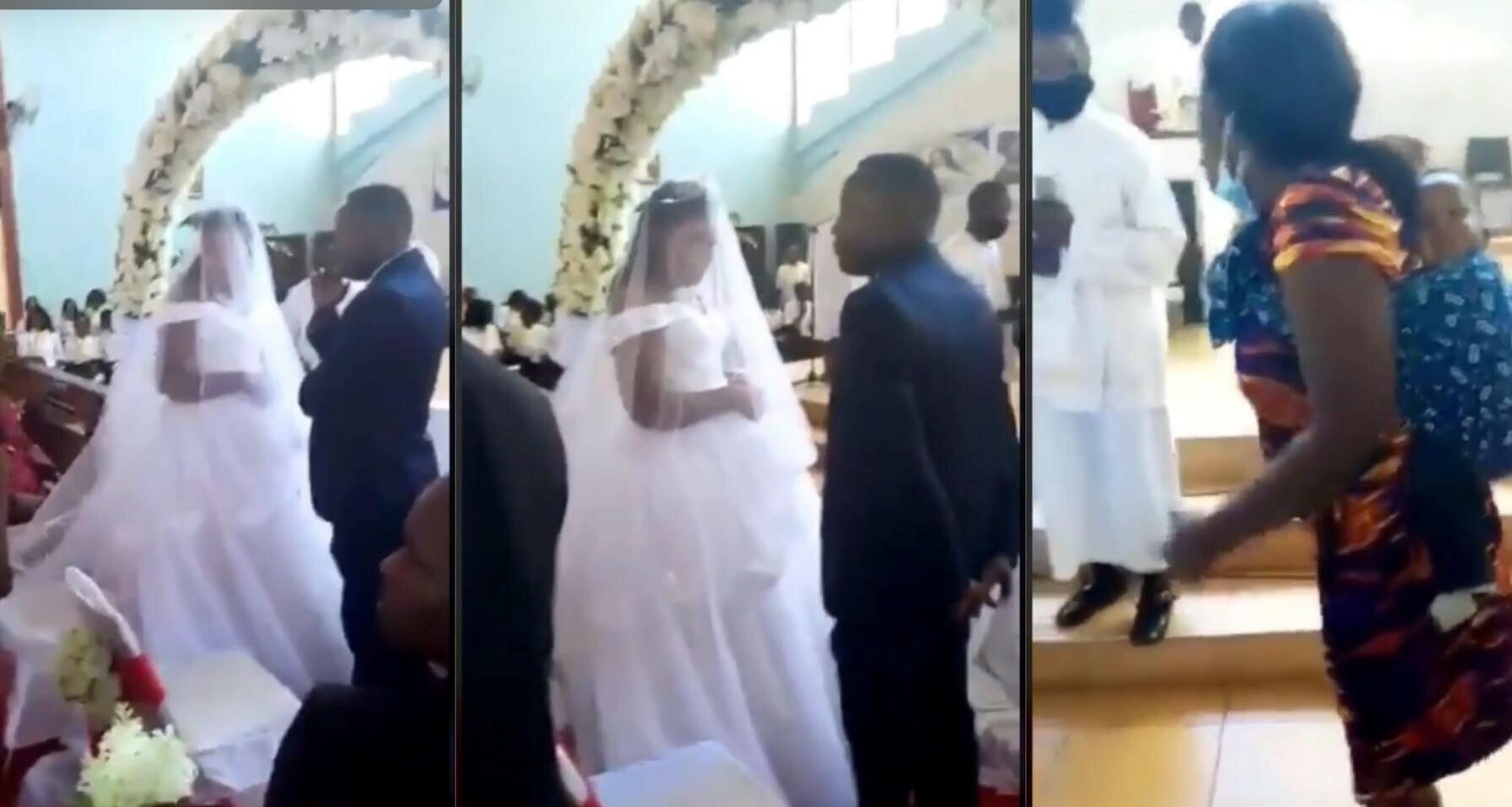 This isn’t a movie scene but rather a real-life story that happened over the weekend, as an already married man was caught by his wife marrying another lady. 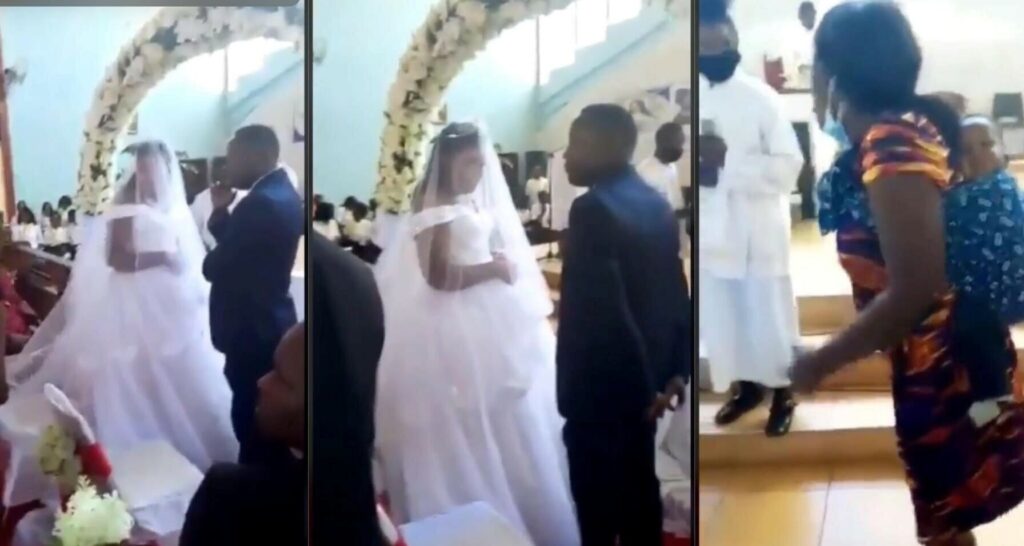 The wife, who stormed the marriage ceremony had carried a baby at her back indicating she is the official wife of the man who decided to marry secretly and obviously has kids with him as she calls her kids to come in front of the congregation.

The wife stated emphatically that they didn’t divorce, separate, or even quarrel and that he even left their matrimonial home for the wedding ceremony that morning. The man couldn’t alter a word as he looked very surprised and embarrassed.

How I Slept With 500 Women From My Church’ – Man Reveals