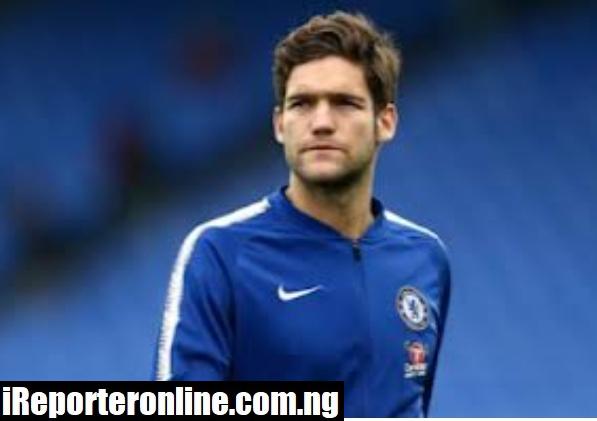 Chelsea defender, Marcos Alonso, has confirmed he will no longer take a knee before matches.
According to the Spaniard, the anti-racism gesture is “losing strength”.
Alonso says he will instead point to the ‘No Room for Racism’ badge on his sleeve.
“I am fully against racism and I’m against every type of discrimination, and I just prefer to put my finger to the badge where it says no to racism, like they do in some other sports and football in other countries,” Alonso said.
Following the resumption of Premier League football after a COVID-19 enforced break last year, players, officials and staff have been taking a knee before kick-off to show support for the movement for racial equality.
When asked whether or not his decision to stop taking the knee had anything to do with politics, Alonso said: “I don’t know, I just prefer to do it this way.”
Crystal Palace’s Wilfried Zaha became the first player in the English top flight to opt out of the gesture earlier this year.
Zaha explained that taking a knee is “degrading”.
Related Topics:
Up Next