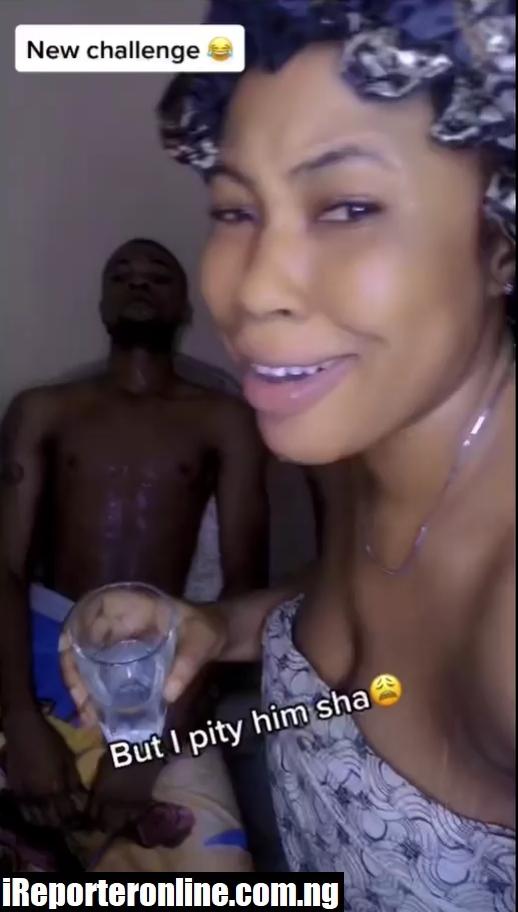 The video captures the moment a lady decided to make fun of her boyfriend after she had sex with him.

In the video, the man is seen looking tired, sweating and panting on a chair.

The lady revealed that the reason for him being tired was because of the intense sex they had.

She noted that she had warned him of getting knocked out prior to their intercourse but the said man was adamant and went on to have sex with her.

The lady who was so cheerful went on to add that she has fucked him to the point where he can’t even drink water.