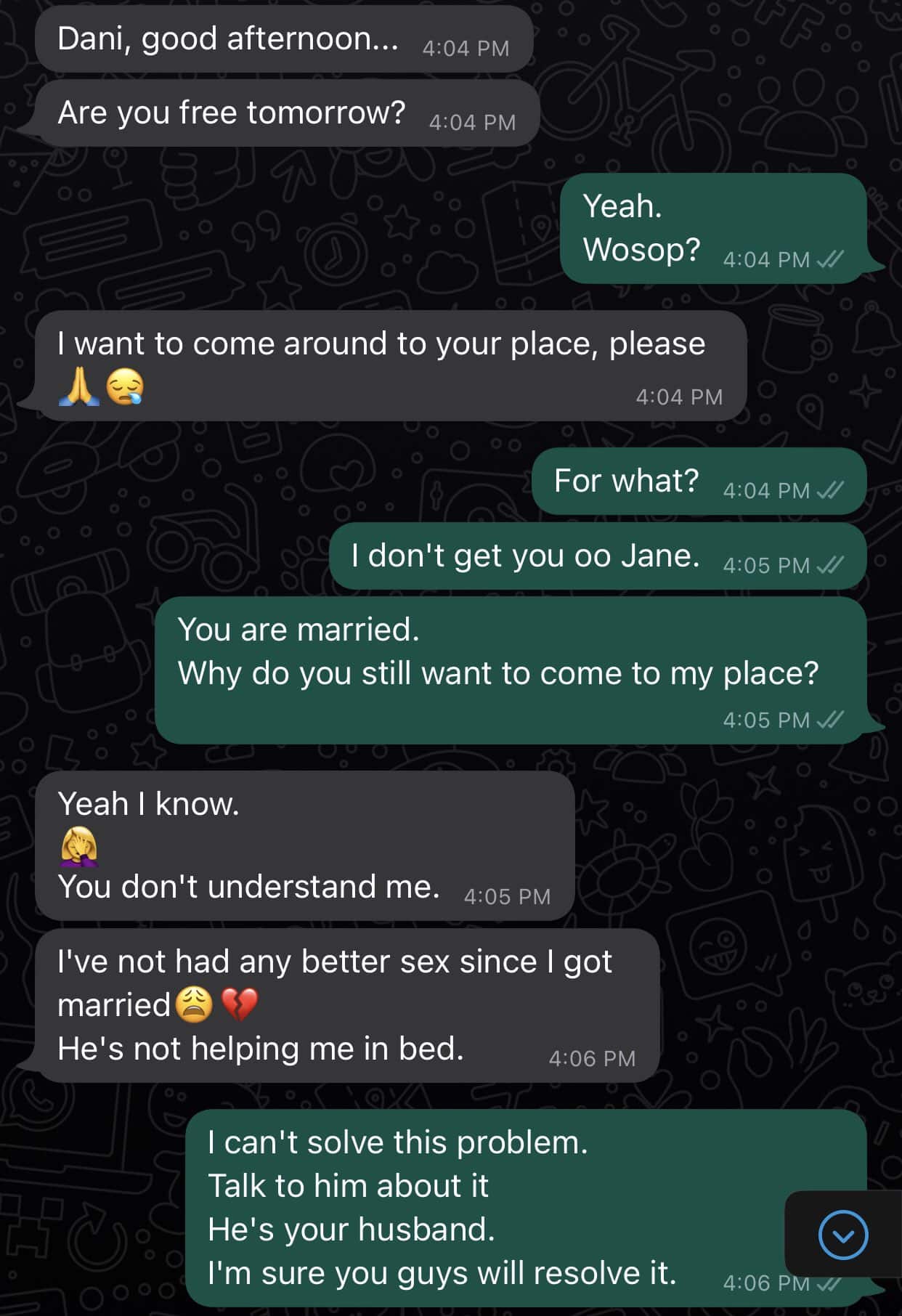 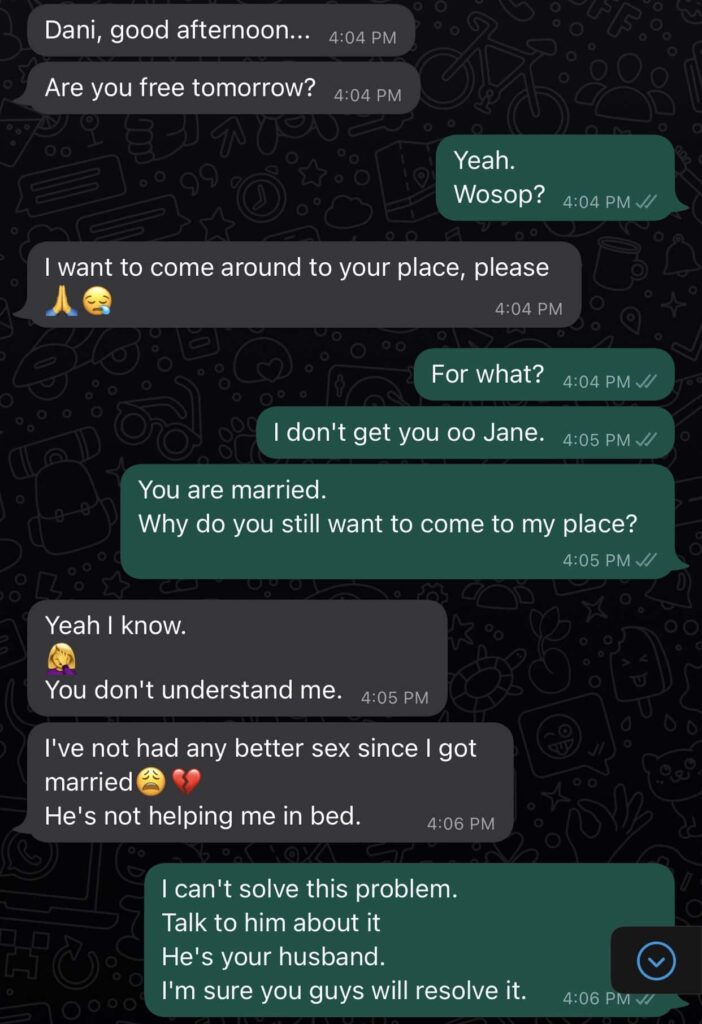 A lady’s marriage which is just a few months old has hit a brick wall prematurely after she was busted begging her ex-boyfriend for sex.

The lady, jane by name was caught by her husband who out of suspicion took her phone to go through it when she was bathing.

While he was going through the phone, he came across a Whatsapp chat where she was begging her ex-boyfriend named Dani for sex.

From the screenshot, Jane was pleading with Dani to allow her to come to his place for sex because her husband is weak in bed.

Going forward, she added in the chat that, she has advised her husband to seek medical help but it has all fallen on deaf ears.