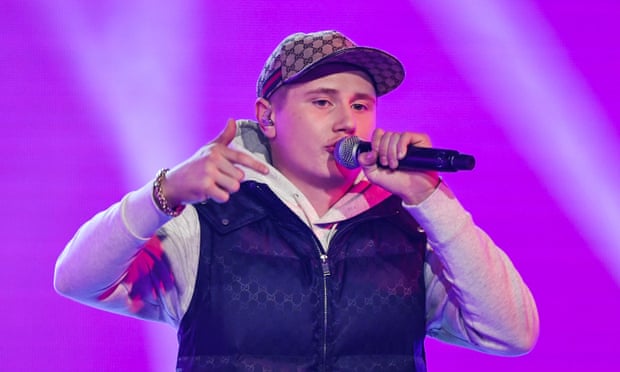 One of Sweden’s most popular rappers has been shot and killed in Stockholm, further fuelling public anger over a deadly wave of gang-related violence that has hit the country in recent years.

He was shot multiple times outside an apartment building in the southern Stockholm suburb of Hammarby Sjöstad shortly before 11pm on Thursday. Police have opened a murder investigation and are looking for at least two suspects.

“We are actively working to figure why it happened and who can be behind it,” Ola Osterling, a Stockholm police spokesperson, told the national news agency TT.

The Swedish public broadcaster SVT cited unnamed sources as saying the killing was gang-related and that Einar had been due to testify in a case against the so-called Vårby gang next week. He had reportedly received death threats in recent months.

Police said CCTV footage from two surveillance cameras was being analysed but declined to comment on possible motives. The Aftonbladet newspaper said the rapper was shot multiple times from a distance of about 1.5 metres and was hit in the chest.

Einar, whose breakthrough single Katten i Trakten (The Cat in the Area) reached number one in the Swedish singles chart when he was 16, often referenced a life of crime, including drugs and weapons, in his songs. He had several convictions for assault, drug offences and drink-driving.

Last April he was kidnapped, beaten up and blackmailed for 3m Swedish kronor (about £250,000) by members of the Vårby gang, who had enlisted a rival rapper, Haval Khalil, to help lure him to a flat in the Swedish capital.

Weeks earlier, the same gang had tried and failed to abduct Einar at a Stockholm music studio using another rapper, Yasin, Sweden’s artist and hip-hop artist of the year in 2020, as the bait.

In July this year a court sentenced Khalil to two and a half years in prison for aiding and abetting a kidnapping. Yasin, 23, full name Yasin Mahamoud, was given a 10-month term for conspiracy to kidnap. Both deny the charges and are appealing.

The sentences came as part of a broader case involving the Vårby gang, 27 of whose members were convicted of serious crimes including murder, attempted murder, robbery, extortion, abduction and drug and firearm offences.