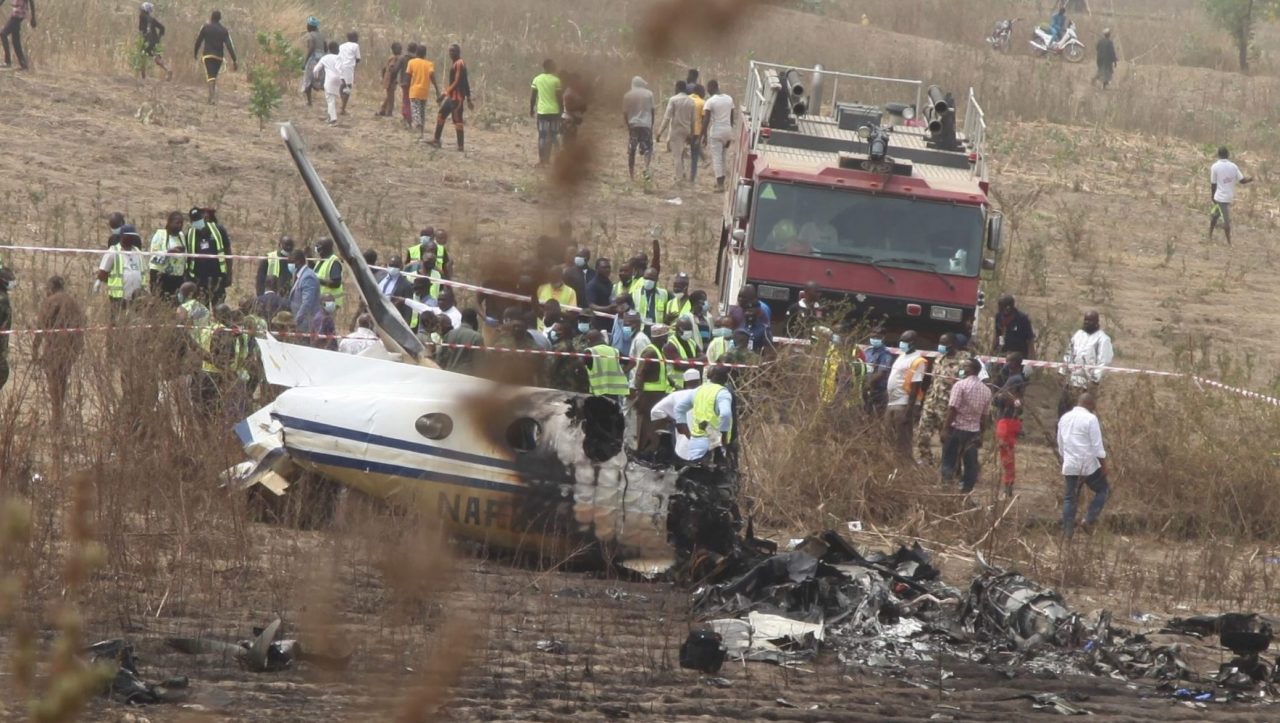 Four days after the Kaduna air crash that claimed the lives of Army Chief, Lt. Gen. Ibrahim Attahiru and other officers, the Nigerian Air Force (NAF) has constituted an audit committee.

The Chief of the Air Staff (CAS), Air Marshal Oladayo Amao formed a team of serving and retired senior officers to conduct a safety audit of all NAF operational and engineering units.

Air Commodore, Edward Gabkwet, Director of Public Relations and Information made this known in a statement on Tuesday.

The committee is to, among others, analyse safety reports from operational and engineering units, conduct safety evaluation of NAF units and recommend safety measures.

The team will also interact with unit operational and technical personnel for views, observations and contributions on safety measure.

Chaired by Air Vice Marshal Abraham Adole, the Deputy Theatre Commander, Operation HADIN KAI, the committee is to submit its report not later than June 18. 2021.

About 20 military officers have died in three crashes in the last three months.

On February 21, a Minna-bound military jet crashed, killing all 7 people on board. On April 2, another NAF jet crashed in Borno.

The National Youth Council of Nigeria (NYCN) called for an investigation of the mishaps.

“No military anywhere in the world should pretend that it is okay to record plane crashes on bi-monthly bases, and no country or people can accept that.

“We demand the result of earlier investigations published and a military Committee of Enquiry empanelled to investigate the incessant crashes”, said the President, Solomon Adodo.