Two peas in a pod: Our own Wole Soyinka @87, and Sonny Rollins, American saxophonist @91.

Guess you never knew that the Prof has a look-alike that is one of the greatest saxophonists ever. 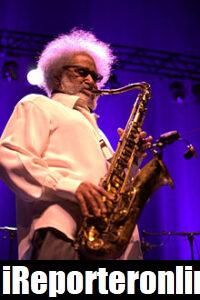 Walter Theodore “Sonny” Rollins (born September 7, 1930) is an American jazz tenor saxophonist who is widely recognized as one of the most important and influential jazz musicians. In a seven-decade career, he has recorded over sixty albums as a leader. A number of his compositions, including “St. Thomas”, “Oleo”, “Doxy“, “Pent-Up House”, and “Airegin“, have become jazz standards. Rollins has been called “the greatest living improviser and the “Saxophone Colossus”.

See Hilarious Joke Between Basketmouth And 2face Idibia On His Birthday