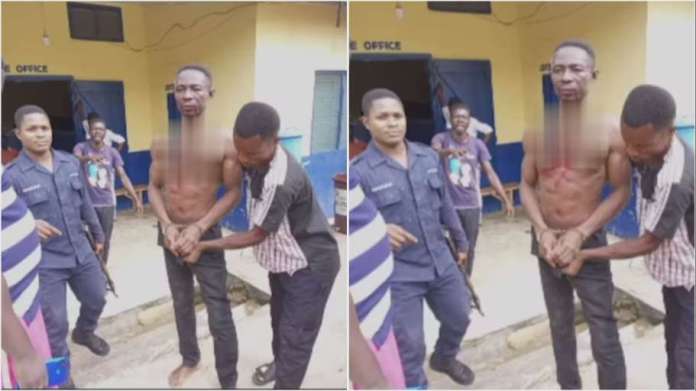 Residents of Wawasi in the Afigya Kwabre South District have nabbed a 45-year-old man for what is being reported as an action undertaken after he saw his best friend sleeping with his fiancée in a dream.

Accra based rainbow radio reports that Desco, who is a palm wine tapper, allegedly lured his friend into a bush on Friday, October 8, 2021, and killed him.

“I lured my friend into the bush and unknown to him, I stabbed him from the back. He fell down and I repeated it till he gave up his ghost,” the suspect confessed when he was arrested.

The suspect is said to have stabbed another person the following day over claims that this victim treated him unfairly in his dream and that he was also part of the challenges facing the community.

This man, however, survived the attack and has been on admission at the Ankaase Hospital but the suspect is said to have been unhappy with this news.

As a way of exacting the full measure of his action, Desco is reported to have gone on to stab the second son of his second victim, an act he confessed to when he was eventually arrested.

The report continued that Desco carried out these dastardly acts because he claims his dreams always manifest and he could not wait for this one to play out in the flesh.

Blessing Or A Curse? [Pt.4] See What This Lady Is Carrying On Her Chest (Photo)