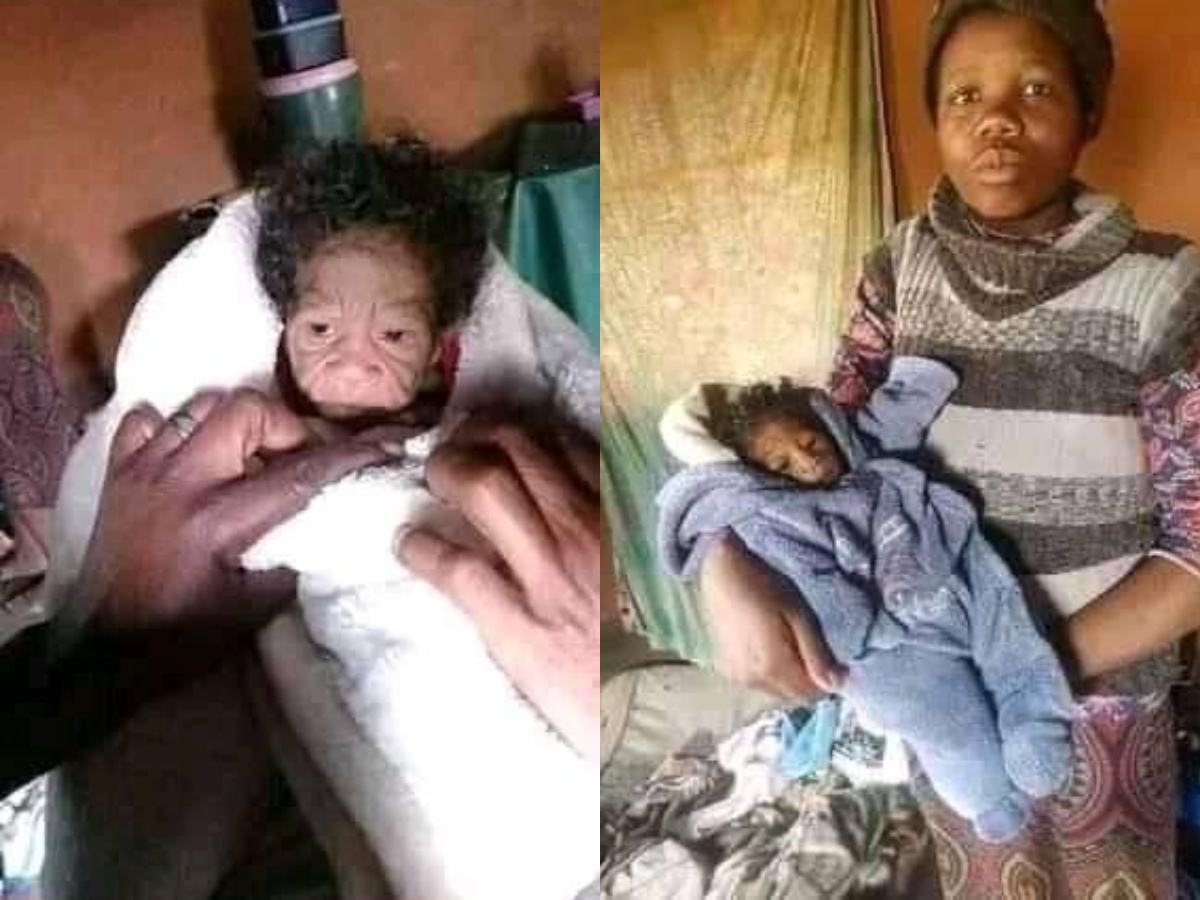 A rare human creature called Progeria has visited a family in South Africa. 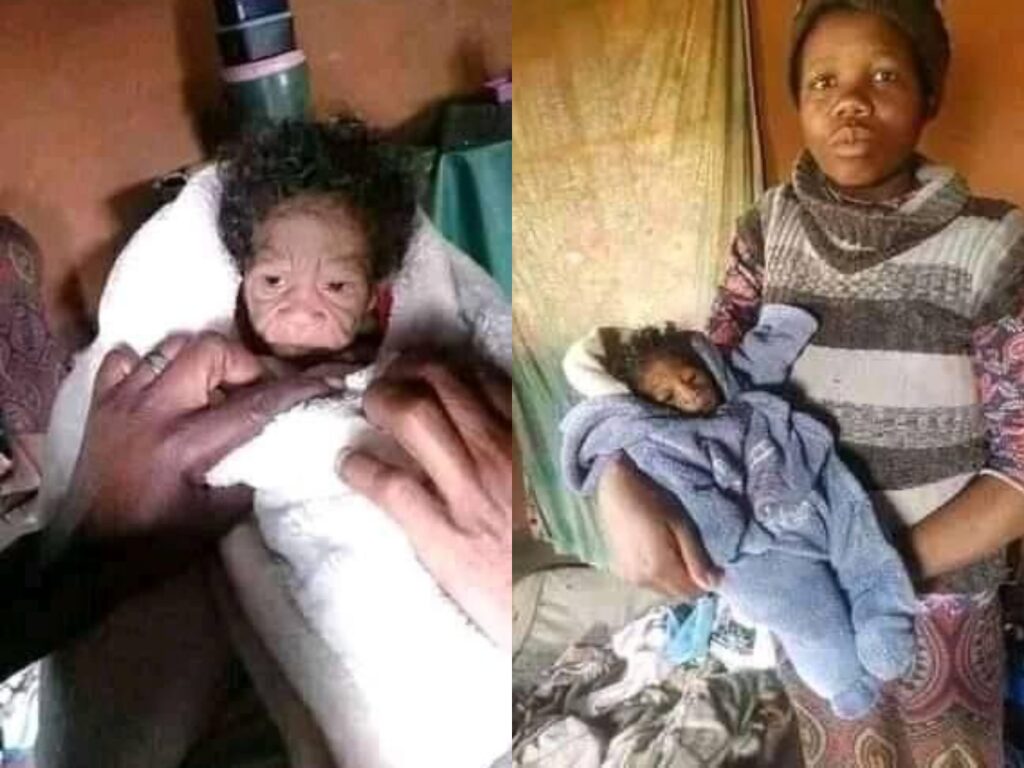 A woman said to be in her 20s gave birth to the scary-looking child at her home in Libode, in the Eastern Cape.

Research reveals that children born with Progeria also known as Hutchinson-Gilford Progeria Syndrome, or HGPS age rapidly after birth. At birth, they tend to look healthy but as they become older the rapid ageing becomes evident to all.

Photos of the rare creature had gone viral on social media.

While many are sympathising with the young parent, some netizens likened the child to an ape, causing stirs on social media. 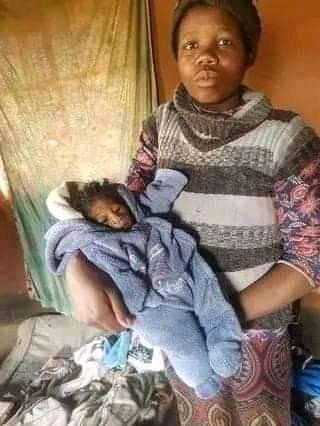 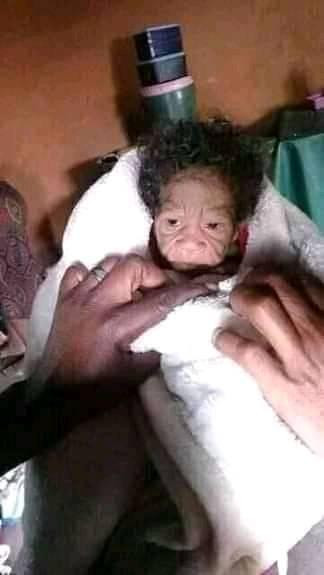 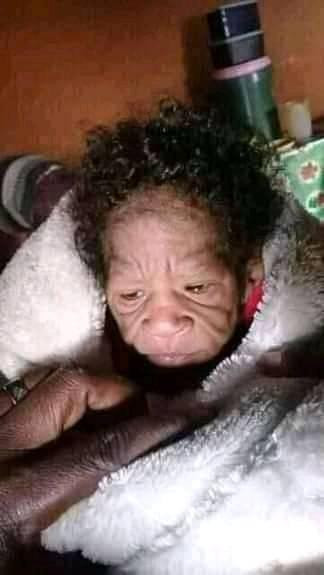 The baby girl after few days of birth started to show signs that were different from most babies. This got mid-wives and the grandmother of the child worried and they immediately moved the baby to a hospital after. Meanwhile, her hands had already become deformed and her skin was wrinkled.

“When she was in labour we called an ambulance but it took long to come. So she gave birth here at home. But the delivery got complicated and we hired a van to take her to hospital,” the grandmother said.

She added: “We were told there that she’s disabled. I noticed during her birth that there was something strange with her. She did not cry and she was breathing through the ribs. I was shocked because that was strange. Now I hear that people are calling her names. That hurts a lot. If I had means, I would put all of them in jail,”

Reacting to the situation, the Director of the children’s rights organisation, Khula Community Development Project, Petros Majola, believes communities need to be educated about this condition.

Majola said: “Communities must know that the mother did not apply for her baby to be like this. In a woman’s womb, there is no construction or factory that builds babies. People need to embrace this child for who she is,”

Medical experts say the genetic condition occurs randomly and is not inherited. Doctor Martha Mayer, a neonatologist at the Nelson Mandela Academic Hospital says the syndrome is very rare.

“Progeria is a genetic condition that makes the baby age faster. Another thing is that these children also develop heart diseases and their life span is very short. We have never had a child with that condition in this hospital. It is very rare, maybe it happens to one in four or eight million people,” Medical experts noted.