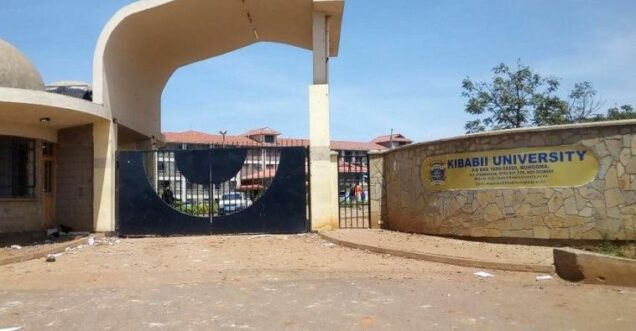 A Kenyan university student, identified as Mark Njoroge Wanjiru, aged 20 is at large after allegedly killing his girlfriend and cutting her body into pieces.

The Kenyan police have launched a manhunt for Wanjiru, a student of Kibabii University.

Wanjiru, committed the act after visiting his grandfather, Sebastian Njoroge Mwangi, 70, in his Molo home where the body was found, K24TV reports.

The killing came to light after locals reported to Molo location chief, Hassan Waweru that they had found two hands of an unknown person in Mtaa Saba village. The two human hands were found lying on an open field.

After confirming the incident, the chief informed police officers attached to Molo Police Station who visited the scene accompanied by detectives from the Directorate of Criminal Investigations.

The police officers and sleuths were also informed of a foul smell from a house near the area.

Upon gaining access to the house, the security operatives found a mutilated body of a female that was wrapped in a brown blanket under a bed.

The police report read; “The police officers and sleuths were then informed of a foul smell from a house about 1.5 kilometers from the scene and proceeded to the unlocked house.

“The head, hands, and legs had been cut off and are missing. The search was conducted in the house and one female human head recovered in a yellow plastic bucket under a table in the kitchen which is believed to be part of the mutilated body.”

The scene was processed and the body parts were moved to Molo sub-county hospital morgue pending an autopsy. Wanjiru who is studying Computer Science at the university is said to be at large.