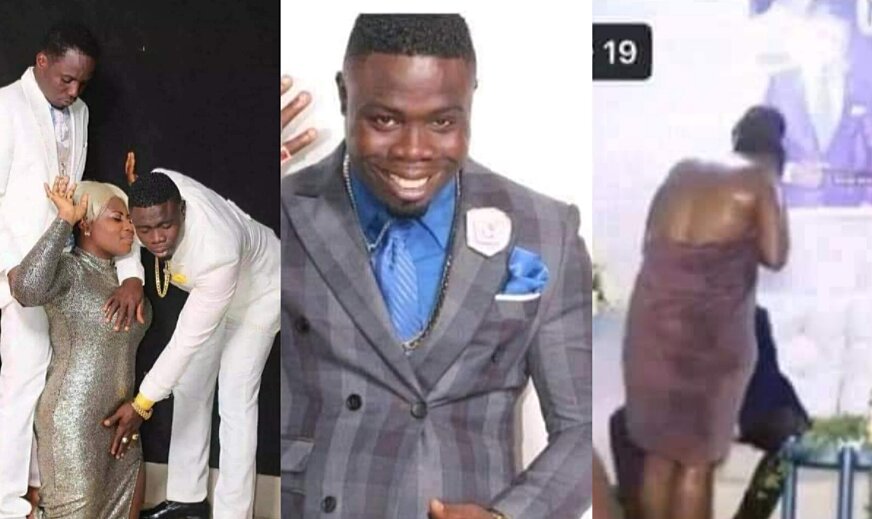 Social media has been engrossed with the viral video of a pastor bathing female members inside a church during crossover service.

The most recent development in the story is a post by a man named Aniefiok Udoabasi on Facebook.

He disclosed that the man of God is actually an actor and the video that circulated on social media was just acting.

“The man in the picture is Mensah Mark, the CEO of Phens Multimedia. He is an entertainer who goes by the stage name “pastor Blinks” He is not a pastor. He is not claiming to be a pastor. He doesn’t own a church. As an entertainer, MrMrensah makes skits and short films about the Church and things that will generate clicks.

“His latest work is a skit depicting him acting the role of a pastor in a crossover night bathing female members. He is the same “pastor” who played the role, in a skit last year, of a pastor shaving female members pubic hairs in a make-believe church. In 2020, he acted having his bath and giving the church members the water to drink.

“There was one, I think in 2019, showing him touching the privates of a female, as he was praying for her. People are reporting this as if it is real. Some are using it to further their hobby of mocking the church. They don’t bother to check it out. A simple Google search will do. The man has been granting interviews saying he is only an actor.

Drama As Corpse Disappears From Mortuary On Burial Day