Chairman of a social-cultural group under the aegis of Ikale Heritage Development Association, Otunba Sola Olatunji has warned the All Progressive Congress, APC, not to dabble into religion in choosing candidates for the 2023 elections as speculated by a group in the party.

According to the business mogul, those clamoring for religion as a yardstick for who becomes the presidential candidate of APC in 2023  rather than capacity and competencies are petty adding that they are enemies of the party. 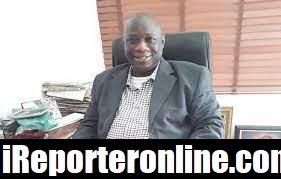 “The idea that only a Christian candidate will be allowed as the standard-bearer of the APC in the 2023 presidential election is an idea from the pit of hell being championed by some rabble rousers and agents of destabilization in the party,” Olatunji said in his reaction to the agitation.

“In this 21st century where people around the world are running a digital economy, Nigerians would not stop amusing themselves with archaic postulations. Any country where the citizens believe so much in miracles as a solution to their problems will continue to wallow in abject penury and under-development.”

Bemused Olatunji says he was not surprised at the level of reasoning of people behind this idea saying it can only happen in a country like Nigeria where industrial parks in places like Lagos, Kano , Kaduna, Ibadan and Port Harcourt have been turned to Mega Churches.

“It is good to be religious but you don’t mix it with politics . This is why the gains and growth in the 70’s and 80’s are now on reverse gear.

“Muting such a myopic idea is a testimony to the fact that Nigerians are their own enemies,” he said. “With all the churches and mosques everywhere in Nigeria, what do we have? Abject poverty, unemployment, banditry, kidnapping, vandalism,  Boko Haram, herders and farmers issues.

“Nigerians can’t afford to run a religious and political economy.  Our economic model has been tailored towards the west who incidentally brought Christianity to Africa.  Why do we think we can be more holier than the Pope? Why should anyone think that Holy Bible or Holy Koran will fix the problem of Nigeria?

“This is totally devilish and misleading by the promoters of this ideology.   What we need in 2023 is the candidates with the capacity and competence to fix the mirage of problems in Nigerian, irrespective of their religions.

“In my view, these  myopic thinkers are spies for opposition parties, parading themselves as APC members. Honestly, I call on the APC leadership to identify these marauders and review their membership immediately.”

Olatunji also posits that it is not the prerogative of any disgraced past leader in the country to choose who becomes the next president after President Muhammadu Buhari in 2023.