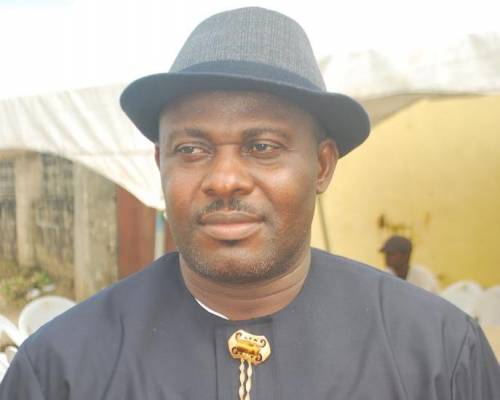 Irona, a chieftain of the Peoples Democratic Party (PDP) and deputy of ex-Governor of Imo State, Emeka Ihedioha was arrested on Thursday by EFCC officials, according to Nigerian News Daily.

It was learnt that Irona was intercepted at the Nnamdi Azikiwe International Airport, Abuja around 10am and taken to the headquarters of the EFCC at Jabi, Abuja for interrogation.

Irona, who is also a former member of the Federal House of Representatives, representing Oguta/Ohaji Egbema/Oru West Federal Constituency, is under investigation by the EFCC for offences bordering on alleged misappropriation of public funds and money laundering.

The former Deputy Governor is alleged to have been involved in the collection of over N400 million monthly from the account of the Imo State Oil Producing Areas Development Commission (ISOPADEC) during the defunct administration headed by Ihedioha.

He is also under investigation for allegedly mismanaging N5 billion counterpart funding for the Rural Access Mobility Project (RAMP).

It was also learnt that the former Deputy Governor did not return his passport to the EFCC after using it last year.