President Muhammadu Buhari on Friday said no democratically elected government since 1999 has achieved what his administration has done in six years, but available data shows otherwise. 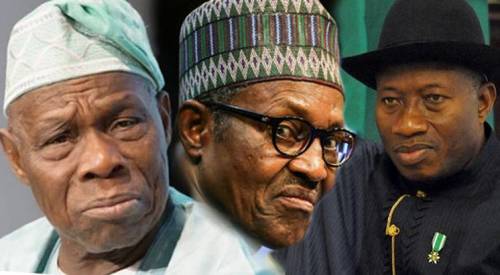 The president, during a televised broadcast to commemorate the 61st anniversary of Nigeria’s independence, said his administration has achieved a lot since coming to power in 2015.

“No government since 1999 has done what we have done in six years to put Nigeria back on track,” he said.

“A lot has been achieved in the last six years on many fronts: in infrastructure, social care, governance, Nigeria’s image and influence in Africa and the international community.

“Critics misdiagnose incremental progress as stagnation. Since coming to power, this administration has tackled our problems head-on in spite of the meagre resources,” he said.

While Mr Buhari claimed his administration has outperformed his predecessors since the inception of democracy, available data shows otherwise.

Although the Buhari government has recorded relative success especially in infrastructure and social safety provision, it has underperformed in the management of the economy, security, education, and health.

The administration’s anti-corruption campaign has not fared any better than its predecessors. Nigeria has more poor people now than before, and governance continues to be dogged by inefficiency and waste. The government has also been increasingly less tolerant of dissent than some of its predecessors.

Despite its professed commitment to developing the agricultural sector, and indeed investment in the sector, agriculture has grown at the weakest rate under the Buhari administration than any other government since the return of democracy in 1999.

Analysis of the country’s Gross Domestic Product (GDP) by Statisense, a data analysis platform, revealed that the country’s agric sector under the Buhari administration grew at an average of 15 per cent in the past five years of the government.

The Buhari government has invested substantially in agriculture, and the sector remains the biggest employer of labour in the country. The slow sectoral growth implies the government’s intervention has not been effective enough to yield required outcomes, and analysts say a major impediment may be poor implementation.

After the expiration of the Agricultural Promotion Policy last December, Nigeria still does not have any officially communicated agricultural policy speaking to where the sector is headed.

Insecurity on the rise

Mr Buhari has also performed poorly in security. The president vowed to tackle “head on” the Boko Haram insurgents who at the time had taken over several local government areas in Borno, Adamawa and Yobe states.

He vowed to crush Boko Haram within three months and recover all the territories it had seized.

But six years after and less than two years to the end of his final second term, insecurity has worsened beyond the Boko Haram insurgency.

Virtually all parts of Nigeria are currently battling one form or another of violent crimes, evidence that the president has failed to keep his promise on security.

The Global Terrorism Index (2019) ranked Nigeria as the third-worst nation prone to terrorism with no improvement since 2017.

Asides insurgency, banditry, kidnapping and secessionist violence are pushing Nigeria towards the brink of collapse with many calling for the resignation of the president for “failing” to secure the country.

The aftermath of this has been evident in the prices of all classes of food, as prices continue to skyrocket almost on a daily basis, leaving Nigeria’s large population of poor citizens struggling to get food and key ingredients for survival.

Nigeria’s food inflation reached 27 per cent in February 2021, according to the National Bureau of Statistics, making it the highest since at least 2005.

While inflationary pressures subsist, efforts to spur local food production by the Buhari-led administration in the bid to cut down on importation bills, and as well achieve food sufficiency have been majorly truncated by attacks on farms and farmers, forex scarcity, naira devaluation, and extreme climatic events, Covid-19 disruption, and challenges with importation due to border closure policy that lasted almost a year, causing food prices to steadily rise.