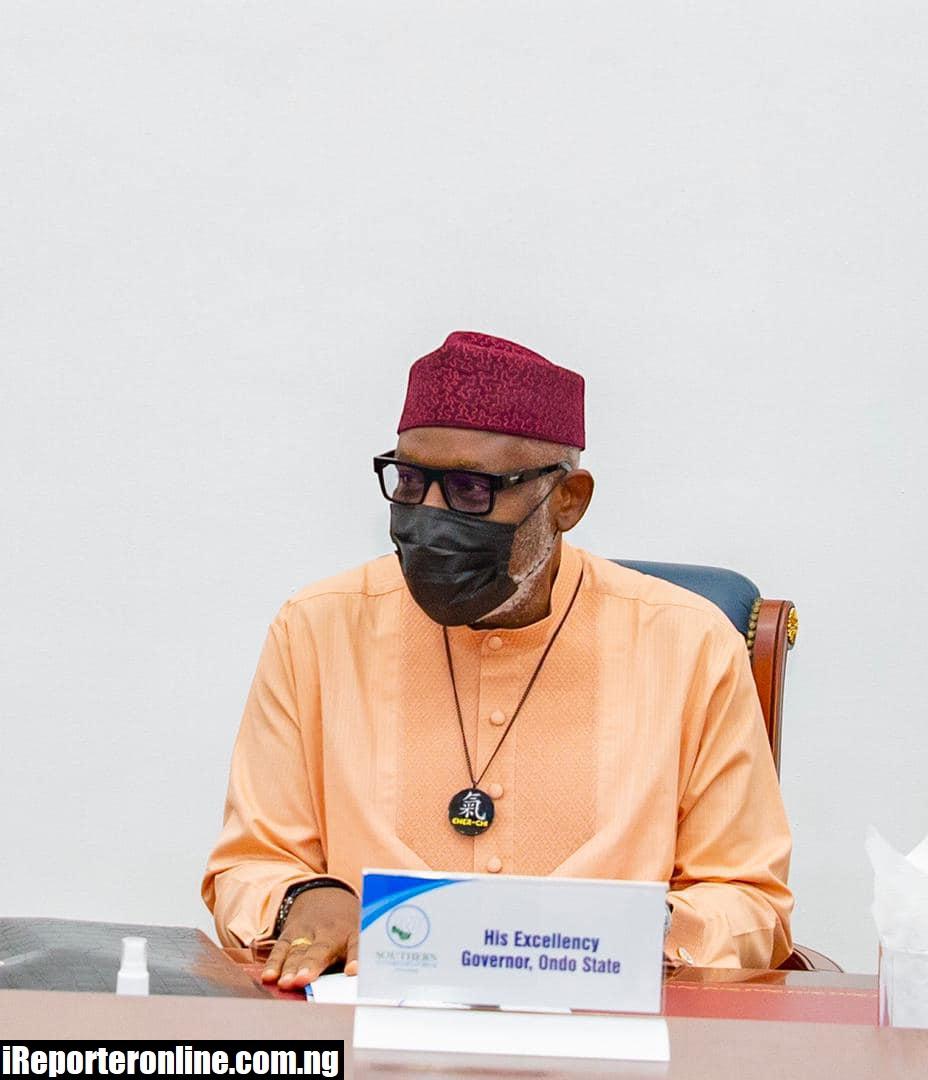 Kindly Share This
“OUR DECISION IS IRREVERSIBLE AND WILL BE ENFORCED”-Akeredolu Fires at Malami
I have just read the press statement credited to the Attorney General of the Federation and Minister of Justice, Mr Shehu Malami SAN on the resolution of the Southern Governors Forum to ban open grazing in their respective States. The AGF is quoted to have said that this reasoned decision, among others, is akin to banning all spare parts dealers in the Northern parts of the country and is unconstitutional.
It is most unfortunate that the AGF is unable to distill issues as expected of a Senior Advocate. Nothing can be more disconcerting. This outburst should, ordinarily, not elicit response from reasonable people who know the distinction between a legitimate business that is not in anyway injurious and a certain predilection for anarchy. Clinging to an anachronistic model of animal husbandry, which is evidently injurious to harmonious relationship between the herders and the farmers as well as the local populace, is wicked and arrogant.
Comparing this anachronism, which has led to loss of lives, farmlands and property, and engendered untold hardship on the host communities, with buying and selling of auto parts is not only strange. It, annoyingly, betrays a terrible mindset.
Mr Malami is advised to approach the court to challenge the legality of the Laws of the respective States baning open grazing and decision of the Southern Governor Forum taken in the interest of their people. We shall be most willing to meet him in Court.
The decision to ban open grazing stays. It will be enforced with vigour.
SIGNED
ARAKUNRIN OLUWAROTIMI O AKEREDOLU, SAN
GOVERNOR, ONDO STATE
Kindly Share This
Dear Reader, Fetching good and credible news information is tedious and requires huge finance. We are soliciting support from our readers and fans. For as low as N1,000  you can be a part of our golden membership. Your support would go a long way in assisting us to continue guaranteeing quality news to our readers across the globe. Bank transfers can be made to: Zenith Bank 1014932118 Ireporteronline communications Inquiries: Email: [email protected] Whatsapp: +234 7032341798 FOR BUSSINESS ADVERT CLICK THE WHATSAPP IMAGE BELOW