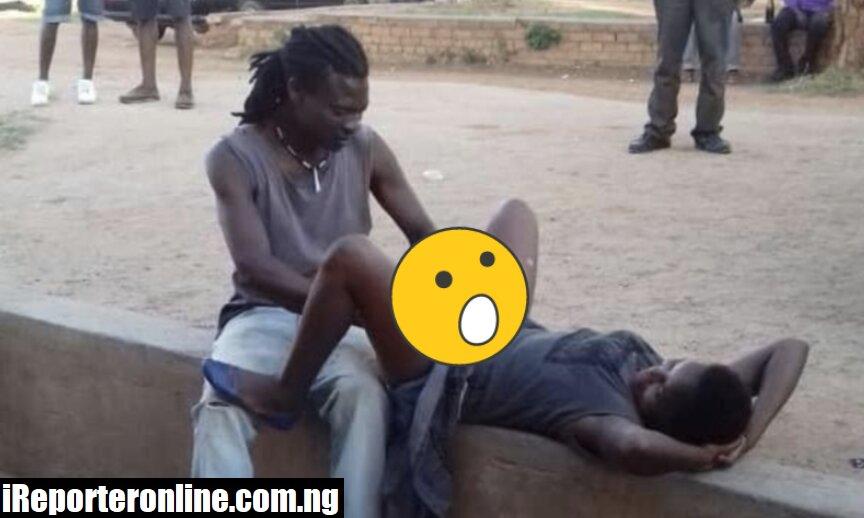 The photo is a mixture of impunity and insanity, and onlookers who came across it were equally puzzled that such an intimate session was being flaunted openly.

There’s no other interpretation one could ascribe to what they were doing as the smile on their faces speak volumes of how pleasurable their encounter was.

See the photo below;

Hilarious!! When I Get Hold Of Your Honeypot, I’ll Scatter It With My Joystick – Man Warns Lady Who Has Been Chopping His Money For Free (Audio)