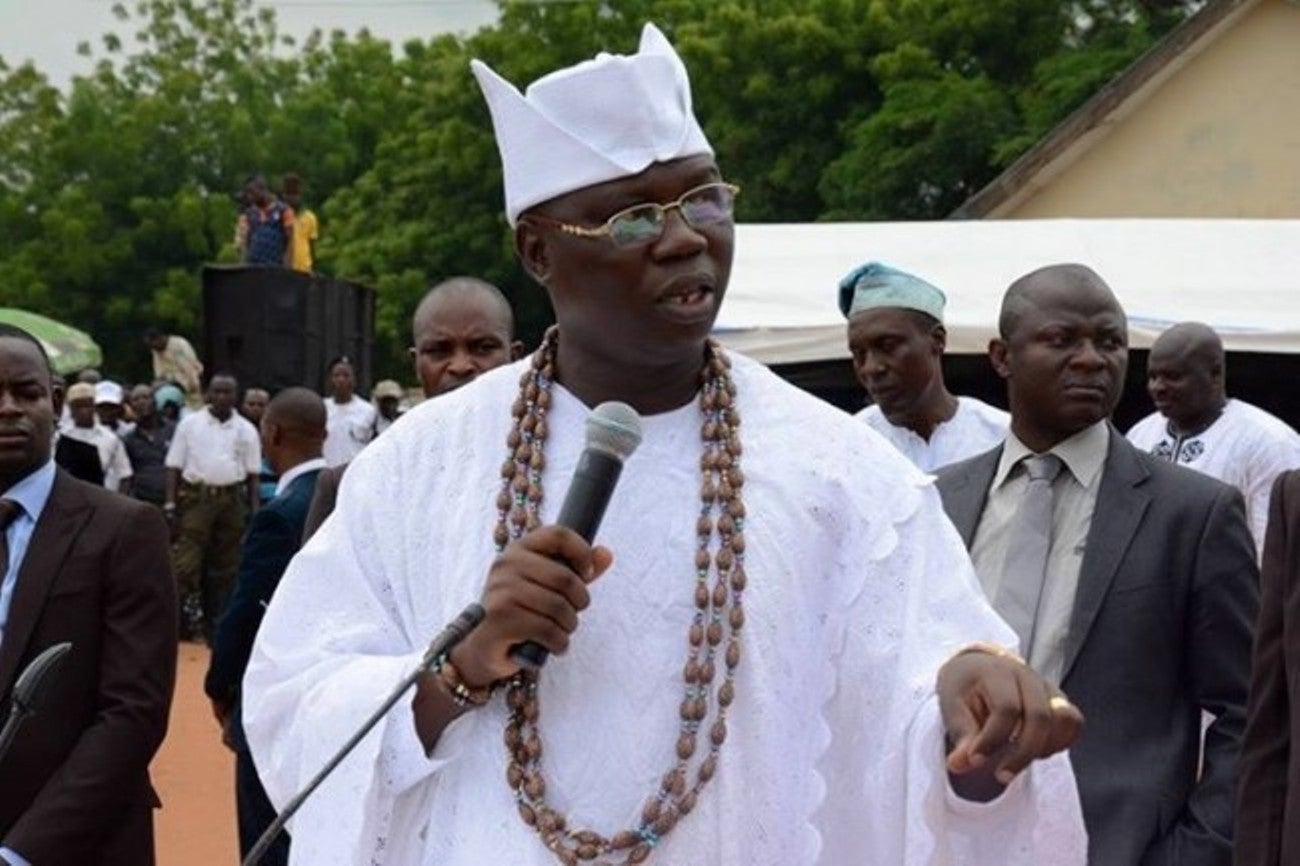 Iba Gani Adams, Aareonakakanfo of Yorubaland, has again called on President Muhammadu Buhari to urgently address insecurity, inflation and other issues confronting the nation, viewing that God would not forgive him if Nigeria disintegrates through war.

Adams viewed that the president’s silence was not golden especially at a time when there was surge in the hardship and killings across the country.

The Yoruba leader at his 51st birthday thanksgiving at the Saviour Ministries Cherubim and Seraphim (C& S) Worldwide, Alausa, Lagos, expressed worry at the growing spate of insecurity across the country, stressing that it had never been this bad since the history of Nigeria.

Adams in a statement made available to Independent stated: “…It is a wake up call for president Buhari to address all these issues in the interest of this country, else God will not forgive him if Nigeria disintegrate through war.

“Schools are being shut, churches, mosques are not spared. Bandits are gradually leading the country into a tailspin and the president seems to have been bereft of ideas. What we experience daily now in Nigeria is enough to set the country on fire.

“A section of the country lording itself over other sections. Yet they said we shouldn’t talk, that our calls for O’odua Republic was done in bad faith.How can you explain the killings,kidnappings and banditry spreading in North, East, West and South.”

He added, “One of the greatest problems of this government is nepotism. One begins to wonder why Mr. president is insensitive to the plights of others, especially, to the sorrow and agony of citizens losing loved ones to bloodshed.

“In sane climes,love transcends ethnic,racial or political boundaries.You must blink with pain to see people die or university students being killed amounts to cold-hearted indifference. “