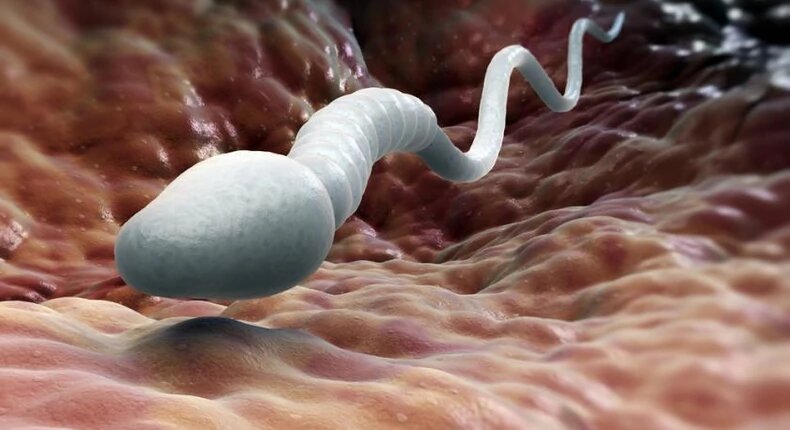 How Much Sperm Does It Take To Get Pregnant?

To get pregnant involves more than just adding sperm to an egg. It is important to understand the science behind sperm and conception. For instance, it is significant to know how much sperm it takes to get pregnant, and the major characteristics of semen that are important for conceiving a baby.

If we look at in vitro fertilisation (IVF), we’ll see that eggs and sperm are combined outside of the female’s body in the laboratory and the fertilised egg is returned to the womb.This can be an option for couples where the male has a slightly lower sperm count or motility and they’ve been trying to get pregnant for at least one year.

Read Also Sperm Killers: 7 things That Every Man Need To Watch Out For

Certainly, different factors determine sperm health and the chances of fertilising an egg. Sperm quantity, concentration, motility, and shape are all factors that determine if a male is fertile.

Clinically, the amount of sperm and their ability to move are important factors for a male to be able to get a woman pregnant.

During ejaculation, an average of around 100 million sperms is released but it only takes one sperm fertilising an egg to conceive. All other sperms die off.

Read Also Wow!! Retired Teacher, 66, Becomes The ‘World’s Most Prolific Sperm Donor’ After Fathering 129 Children…With Another Nine On The Way

With fewer sperms in the ejaculate, the probability that you will impregnate your wife is reduced because there are fewer sperms available to reach and fertilise the egg. A low sperm count makes it more difficult to conceive, but it’s not impossible.

Sperm motility is its ability to swim. In order to reach and fertilise an egg, sperm needs to move first through the cervix, then the uterus, and finally the uterine tubes. If at least 40 per cent of sperms are moving, then you are most likely fertile.

The shape, structure, or morphology, of sperm, is another factor for conception. Normal sperm is shaped with an oval head and a long tail. These elements work together to propel the sperm forward to swim and find the egg located in the uterine tubes. Having more sperms with this shape increases the chances of fertility.

Sperm is constantly produced in the testicles and takes between 42 and 76 days to reach maturity. After sperm is ejaculated in the female reproductive tract, it is alive for up to five days. Within this time, it can fertilise an egg.

There are several factors that signal if sperm is healthy and likely to fertilise an egg, including the amount and concentration per ejaculation of semen, as well as motility and structure. Even if you have a low sperm count, there are some things that you can do to take care of your health, and improve the chances of attaining conception.

There are instances in which it is necessary to engage a sperm donor, who donates semen, which contains sperm, to a woman or a couple who is trying to get pregnant. The decision to use donor sperm is not usually an easy one but in the event that you would require a sperm donor as part of your fertility treatment plan, it makes sense to find a suitable one. You can choose to use an anonymous donor, a friend or relative, who can donate their sperm directly. Using a sperm donor means that you’ll be choosing half of your child’s DNA so you’ll need to be selective even as you take care of the legal and emotional considerations.