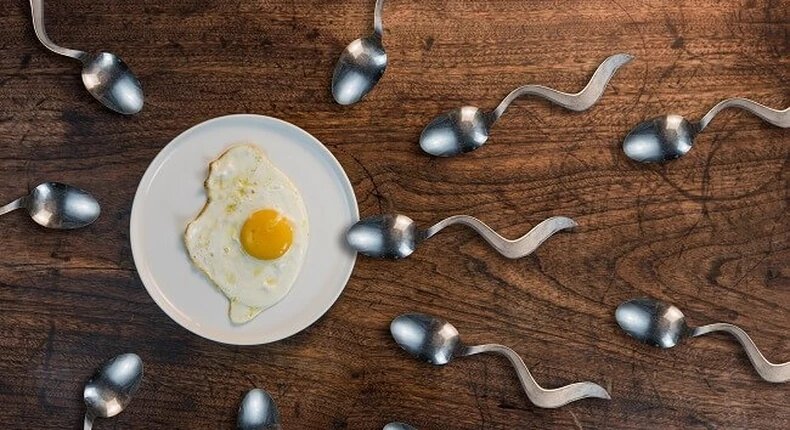 An Obstetrician and Gynaecologist at the Aminu Kano Teaching Hospital, Kano State, Dr. Labaran Aliyu, has said that some men producing enough sperm cells may still face difficulty in impregnating their partners, noting that male infertility is beyond the production of sperm.

According to the gynaecologist, some men having enough sperm cells may still need medical intervention before they can get a woman pregnant.

He noted that there are different causes of low sperm count in men, stressing that all cases of male infertility require different medical interventions.

Dr. Aliyu explained that in some instances, the seminal vesicles through which the sperm cells in the seminal fluid will pass to enter the vagina of the woman could be blocked.

Speaking in an interview with PUNCH HealthWise, the gynaecologist said men experiencing low sperm count and other fertility issues must get proper medical examination and treatment from a specialist, warning that indulging in self-medication may worsen their problem.

Dr. Aliyu, an Associate Professor, Obstetrician and Gynaecologist, said, “low sperm count has a lot of causes. It may be that the man is not producing the sperm cells from the testicles. That is a problem.

“Now, if the low sperm count is due to insufficient production from the testicles, then it requires a different treatment.”

The maternal health specialist noted that a man whose testicles are not functional cannot impregnate a woman because he is not producing anything.

“If he should have sex with a woman, it is only the fluid that does not contain sperm cells that he is producing. In that respect, he cannot impregnate a woman.

“Also, in some men, the testicles that they have are not in the scrotum.

“Instead, they are in the inguinal region and that place is not optimum for the production spermatozoa . In that case, too, the man cannot impregnate a woman because he is not producing anything”, he said.

Read Also How Much Sperm Does It Take To Get Pregnant?

The gynaecologist urged men with low sperm counts to seek help instead of indulging in self-medication that could worsen their condition.

“In the male reproductive system, infertility is most commonly caused by problems in the ejection of semen, absence or low levels of sperm, or abnormal shape (morphology) and movement (motility) of the sperm,” WHO said.

Researchers in a 2018 study, published in Science Daily, say low sperm count is not just a problem for fertility, noting that it also has a link with other health issues.

“Infertile men are likely to have important co-existing health problems or risk factors that can impair quality of life and shorten their lives”, the researchers said.

How Much Sperm Does It Take To Get Pregnant?