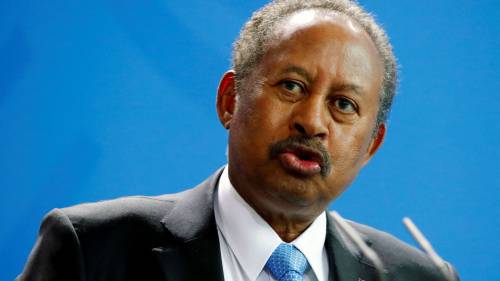 The Prime Minister of Sudan, Abdalla Hamdok, has tendered his resignation from the government.

This was after only six weeks of his reinstatement in accordance with an agreement with the military that overthrew the government in October 2021.

According to Al Jazeera, Hamdok announced that he was stepping aside in a televised address on Sunday evening, noting that repeated mediation attempts had failed and that Sudan needed new plans towards democracy.

Hamdok said, “I decided to give back the responsibility and announce my resignation as prime minister, and give a chance to another man or woman of this noble country to … help it pass through what’s left of the transitional period to a civilian democratic country.”

It was gathered that Hamdok’s resignation followed Sudanese security forces violently dispersing the pro-democracy protesters against the October 25 military coup.

According to the Central Committee of Sudan Doctors, three people were reportedly killed during the military intervention.

Meanwhile, protests seeing thousands of citizens had broken out in the streets of Khartoum and other cities to oppose and condemn the military takeover, and the following deal that saw Mr Hamdok’s reinstatement.

After four weeks of house arrest, Hamdok was removed from office in a coup last October, only to return to office in late November.

He was said to have been reinstated only after he signed a new power-sharing agreement with the military leaders who had deposed him in the first place.

The Prime minister and Lt. Gen. Abdel Fattah al-Burhan, the army chief, signed a 14-point agreement including commitments to release all political detainees and preserve the nation’s path toward democracy.

Hamdok was to lead Sudan through a transitional period of three years to hold free elections.

Under his leadership, he had succeeded in banning female genital mutilation and helped to get Sudan removed from a United States list of state-sponsors of terrorism.

How They Planned To ‘Frame, Video Me With Prostitutes Before Killing Me’ – Mbaka Makes Revelation