A Kenyan man has handed his 25-year-old wife to the police for faking a pregnancy and later buying a baby to pretend she had given birth. 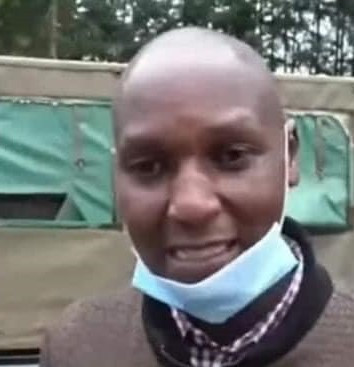 31-year-old Wesley Rono from Ogilgei area in Kuresoi North Constituency, Nakuru County, who has been married to Patricia for five years without a child, said he was excited about the pregnancy report only to discover later that she was faking it.

“When my wife broke the news to me in December 2020 that she was expecting our first child, I was very excited. However, soon afterwards, I noticed she was stuffing clothes around her belly to give an impression that she was expectant,” said Rono.

Speaking to Standard Media, the farmer and small-time businessman said he chose to play along like a fool to see the end motive.

“Whenever I wanted to touch her belly to feel the baby bump, my wife would get angry. She wouldn’t even allow me to touch or come close to her,” he narrated.

Even though he already knew that his wife wasn’t pregnant, Rono said he provided everything his wife asked for during the nine-month period. 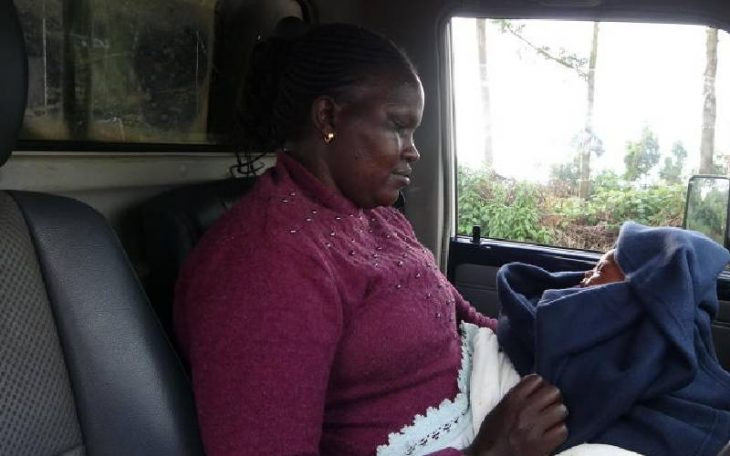 “She used to say she is going for pregnancy check-up in Kericho. I gave her money every time she needed it. This included money to go for the fake prenatal clinics, and also money to buy clothes for the baby and other essentials,”

After nine months of her fake pregnancy, Patricia requested money from her husband to go and give birth at Kericho Hospital on August 8, 2021.

Rono says he gave her the money and after a few hours she informed him that she had given birth to a bouncing baby boy.

“She left by herself promising to call and update me about the delivery progress. I was shocked when she called later in the evening telling me that she had delivered a baby and was already at Chepseon trading centre on her way back home. My wife’s audacity stunned me even more. Even the strongest woman in the world cannot have the strength to immediately wake up from the maternity bed after 30 minutes of giving birth and board a public vehicle to return home.”

Rono said he sat back and waited for his wife to bring the baby home but she decided to go to her paternal home in Londiani, Kipkelion East Constituency, to ”recuperate” for a few days.

She finally showed up four days later carrying a baby boy in her arms.

“When I arrived home that evening, I found her with the baby who didn’t look like a four-day-old child,” said Rono.

That’s when Rono decided to end the nine-month show by reporting the case at Kericho police station on August 12.

“The entries in the prenatal book were forgeries. My wife had tried to fool me, which is unforgivable,” said Rono.

Mrs Rono confessed that she was barren and that the baby, now in the custody of Kericho Police Gender officers, was not her biological child. She had heard from villagers about an old woman in Kiptororo village who sells children.

Mrs Rono said she paid an Sh2,600 deposit the day she visited the suspected child trafficker at her home.

Since Mrs Rono didn’t have cash, the woman agreed to exchange the baby with a tea seedling worth the amount.

And when police officers visited the suspect’s home, they noticed she had recently planted tea on a portion of her land. The suspect is also said to be notorious for procuring abortions in the village.

Mrs Rono told the police that she supplied the woman with the tea seedlings on August 10, and thereafter, picked the three-week-old baby at night.

“What forced me to do it was just a desire to have a baby I can call my own and save my marriage,” she said.

Mrs Rono said she knew of her barrenness in 2015 after a visit to a gynaecologist.

“In 2018, I underwent medical operations to unblock my fallopian tubes, but still I couldn’t conceive. I had no option but to resort to doing what I did,” she said.

Mrs Rono confirmed her husband’s claims that she had stuffed her belly to fake a pregnancy.

“I got the prenatal booklet during my first visit to a local dispensary. After the nurse filled in the primary information, I did not wait for a medical examination that confirms the pregnancy. I left the facility with the booklet, and I have been filling it by copying notes from another woman’s booklet,” she said.

A joint raid by police officers from Kericho and Kuresoi police stations failed to arrest the suspected child trafficker. The suspect’s phone was traced to Kisii County. Her daughter, who was at home, did not want to be questioned.

“We don’t know who you are and what you want. Leave us alone, we don’t want to be disturbed,” she said.

Also at the compound was a weakly young woman who claimed that she was the suspect’s granddaughter.

The suspect had called her in the midst of the raid inquiring about the officers’ business and whether they were still around.

Kericho County Criminal Investigations Officer John Onyango said they were working with their Kuresoi counterparts to pursue the suspect since the area falls under their jurisdiction.

Right Or Wrong? My girlfriend donated her kidney to save me, but I’m no longer in love with her – Man Reveals