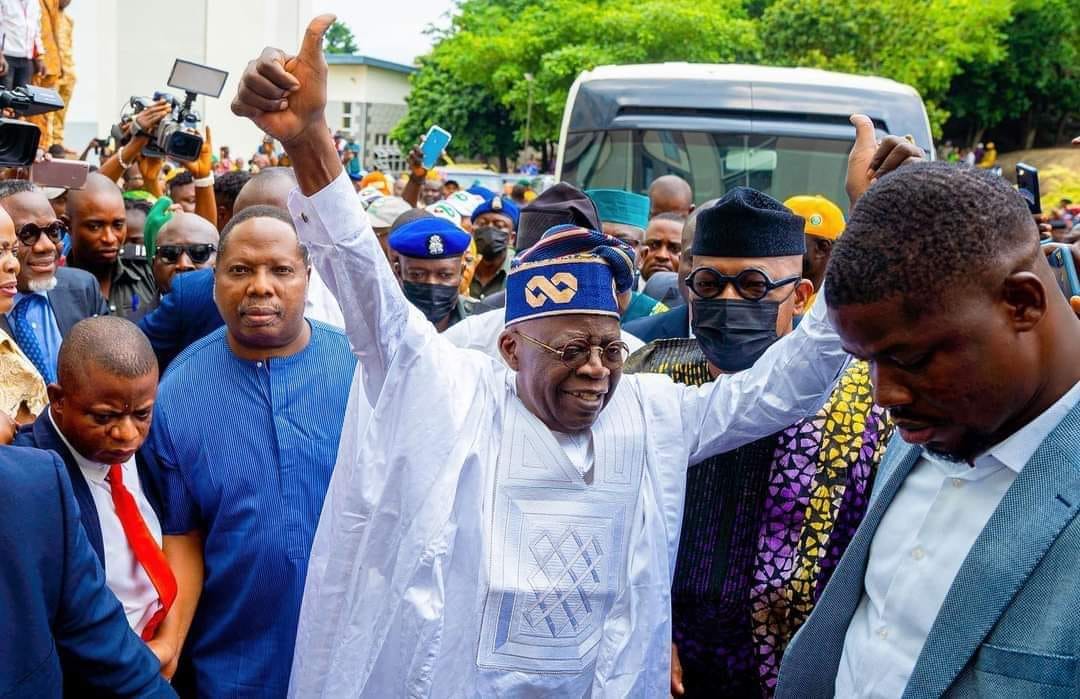 Na We Dey Run This Town: Tinubu’s Supporters Take Over Every Space Ahead Of Electoral Campaigns
The Nigerian music industry has a reputation for introducing new terminology that sticks in people’s minds.
It appears that all they need is a good beat and then come in and start repeating the same stanza and everything goes crazy over a hit jam. Toby Shang feat. Nektunez has a hit song called Run This Town, and some of the lyrics are as follows.

The way people react to this jam is incredible; it gives a sense of assurance to those who are relishing the music’s beats and lyrics.

This appears to be the mood of Tinubu supporters right now, as followers of the Jagaban have taken over every available space ahead of INEC’s launch of electoral campaigns.

Recent political activities have seen a surge in Tinubu supporters organizing various events to promote the former Lagos State Governor’s candidacy. Even schoolchildren are not left out in the North, where they appear to be at the forefront of spreading Tinubu’s presidential bid.

These young people are organizing so many social events, including mock rallies and school debates, that it begs the question of whether they are registered to vote. However, their enthusiasm for supporting Tinubu has won over millions of voters who have pledged their support for Asiwaju.

There was a mock rally where these kids imitated Tinubu, and it has since gone viral. We’ve seen youths in the Same North hold various special sessions for Tinubu, and the turnout has been incredible.

Consider Tinubu’s visit to Baba Obasanjo in Abeokuta yesterday. Did you see the crowd of supporters who traveled from all over to witness the meeting of two Nigerian leaders? The crowd at Obasanjo’s sprawling compound was mind-boggling, with people scrambling for a place to fit in.

The intrigues and novel strategies that the various political parties will use to promote their candidates during this presidential election will prove to be more than just entertaining.

Like joke, like joke e be like say na Tinubu supporters dey run this town oh, From uptown to down town na dem just dey everywhere, kudos to their zeal and consistency. 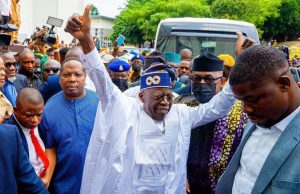