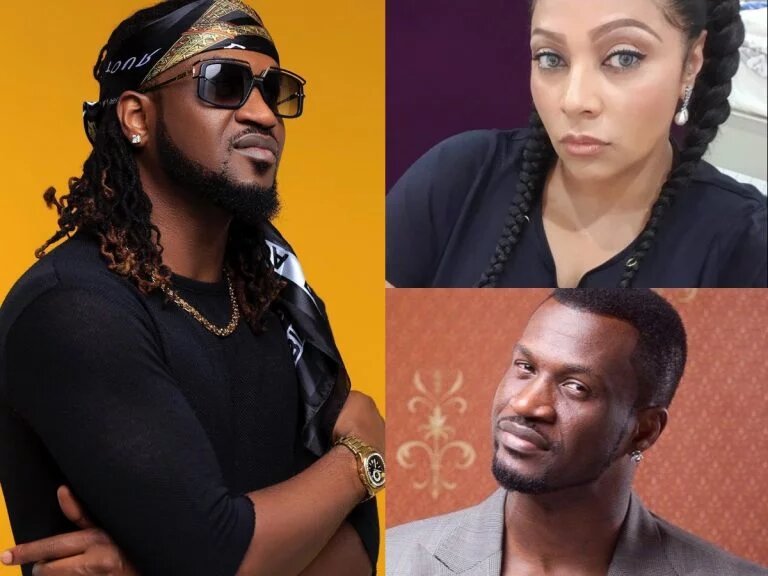 Nigerians on social media have slammed Paul Okoye following reports of his failed marriage with his wife, Anita who filed for a divorce over irreconcilable differences.

It was earlier reported that Paul Okoye’s marriage reportedly crashed weeks after it was alleged that he cheated and assaulted his wife, Anita unremorsefully.

Anita, not quite long, relocated to the US with their kids after the constant beatings and infidelity became unbearable.

The couple who have been married for 7 years have 3 kids together.

However, the news of their pending divorce throws a massive shock to fans who came on social media to express their disappointment with the singer.

Others slammed the singer for disrespecting his brother’s wife over her age, yet failed to keep his marriage in shape.

The social media users condemned tribalism in marriages, noting that a good marriage works regardless of age differences, tribe or religion.

One Instagram user @royal_diadem15 wrote; ‘Hmmm I remember when I read one of his rants on Instagram, I just said to myself that I pity his wife for marrying a man like that.. someone that can come online to drag his brother’s wife, wouldn’t be treating his own wife better!!

@teeto_olayeni wrote; The way he publicly disrespects his brother’s wife, one can sense he’s not a good man…I won’t marry wrong in Jesus name, Amen

@mirana_1212 wrote; Anita and her friends just dey divorce their husbands one after the other like say them plan am ???