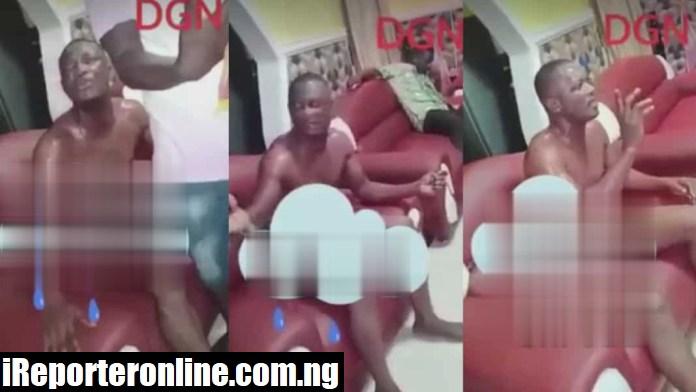 The video captures the moment a Ghanaian pastor was caught red-handed eating a married woman in her matrimonial home in the absence of her husband.

According to the pastor’s confession, the woman rang his phone to tell him that she was feeling lonely at home and needed company.

As a man of God who cares about the welfare of his members, he stopped everything he was doing and quickly headed for the woman’s house.

However, one thing led to the other and they had s3x.

The pastor can be seen sweating profusely as he made his confession after he was busted.