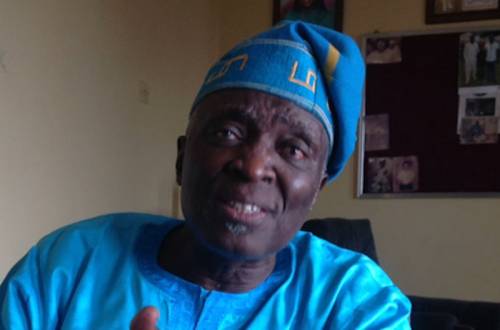 The Yoruba Council of Elders says nobody has the right to ask Nigerians living lawfully and doing legitimate business in any part of the country to vacate.

According to the group, Nigerian people have the right to settle anywhere in the country as provided in their fundamental human rights, except they violate the law.

General Secretary of the YCE, Dr. Kunle Olajide, said this on Friday in an interview with SaharaReporters.

He said this in reaction to the 72-hour ultimatum a Northern group, Arewa Youth Assembly, issued to a Yoruba activist, Sunday Igboho, to move Yoruba people from the North.

The Speaker of the Arewa Youth Assembly, Mohammed Salihu Danlami, in a statement on Thursday, had said, “We are now giving him the ultimatum of 72 hours to move his people out, or we will be forced to take necessary actions by personally taking the responsibility of getting his people back home.”

The group noted that Nigeria’s entity is non-negotiable and called on all stakeholders to reject anything that would confuse the land.

The statement partly reads, “One Mr. Sunday Igboho issued a statement in which he was quoted as saying enough is enough; that the time for the Yoruba nation is now, that they will no longer accommodate and accept the presence of Northerners.

“The constitution of the country has made it crystal clear that any Nigerian can live in any part of the country, irrespective of his or her religious and tribal placements.”

Reacting to the threat given by the Northern group, Dr. Olajide said, “Nobody has the right to compel anybody who is leaving lawfully and doing their legitimate business anywhere in Nigeria to leave a place to wherever. We’re all Nigerians and we have the freedom and fundamental human rights to live and settle anywhere so far we conform to the law of the land.”

He said the Nigerian government might not officially recognise such a group issuing the deadline for Yoruba people to vacate the North and there was nothing to be scared of with that threat.

He also said the security agents should intervene and arrest the criminals.

He urged President Muhammadu Buhari to address the nation himself, to ascertain if the people are safe or not.

“That Arewa Youth Assembly to the best of my knowledge, may not even be a registered organisation. The government may not recognise it. It is perhaps a group of two to five people issuing a statement. This is nothing to worry about.

“We have said frequently that not all Fulani are criminals. And if there are criminals, the government has to find them out and prosecute them. Yes, Sunday Igboho has the right to say whatever he wants to say.

“You cannot ask anybody whether Yoruba, Hausa, Fulani, Igbo, Tiv or any Nigerian to leave a part of the country whether Sunday Igboho or Arewa so far they are living lawfully. But, if they violate the law, then it is the responsibility to call the security agents’ attention to arrest and prosecute.

“The president should address the nation urgently to assure all citizens that Nigeria is safe. He should appreciate Nigerians and acknowledge their challenges and assure us that he’s doing his best.

“He should let us know what the security agents are doing to restore the security of lives and property. He should talk to us himself, not through anybody. That’s what is expected of a president. Then, go about the process of having a new constitution that will accommodate state police and local government police,” Olajide said.