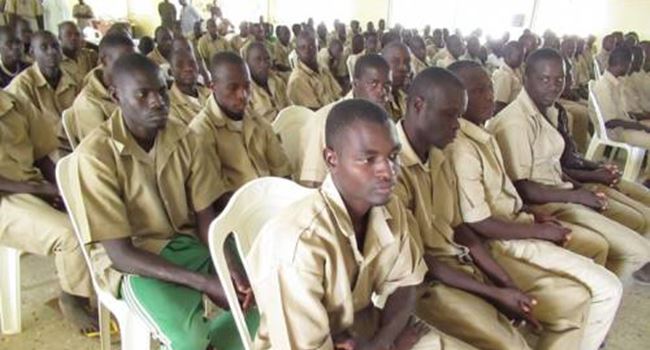 The Arewa Consultative Forum (ACF), has called on the Federal Government to prosecute repentant Boko Haram terrorists who have voluntarily surrendered to Nigerian troops in recent weeks.

The apex Northern group, while expressing doubts over the sincerity of insurgents who have been giving themselves up, said rumours making the rounds that they will be rehabilitated and pardoned, said if that happens, then the government should as well free those captured and kept in custody by the military.

In a statement on Tuesday made available to Ripples Nigeria titled “On Repentant Boko Haram Terrorists and the Principle of Equity and Justice,” the ACF Chairman and former Minister of Agriculture and Rural Development, Audu Ogbe, the forum questioned the morality in pardoning those who killed thousands of Nigerians, abducted school children, raped women and destroyed communities.

“We are currently witnessing large-scale surrender of large numbers of Boko Haram insurgents, among whom are bomb makers, commanders, arsonists, rapists, and child snatchers.

“Do we have good reasons to cheer and hope for an end to this decade-old insanity? Is ‘I am sorry’ enough to bring relief to Nigerians and the thousands of the dead and the maimed? What of those victims bombed in churches, mosques, schools, and markets?

“What of all the men and women in uniform murdered by them? Who can count the thousands of widows and orphans they have created? And what is the difference between them and the (Sunday) Ighohos or ESN of Nigeria? None.

“So, what do we do with them? Should we just embrace them and trust them wholesale? Are their moves informed by altruistic repentance? We seriously doubt.

Read Also Abba Kyari: Update On Status Of Investigation From The Nigerian Police

“We join the Governor of Borno State, the Shehu of Borno, Senator Ali Ndume and millions of Nigerians in pondering this development.

“Our simple advice is: Bring them to trial, or free all others presently in custody anywhere, while we Nigerians plead guilty of naivety and gullibility in the extreme, punishable by more insurrection and anarchy,” the statement reads.

Revealed: How Soldiers Were Jailed for Demanding Adequate Weapons