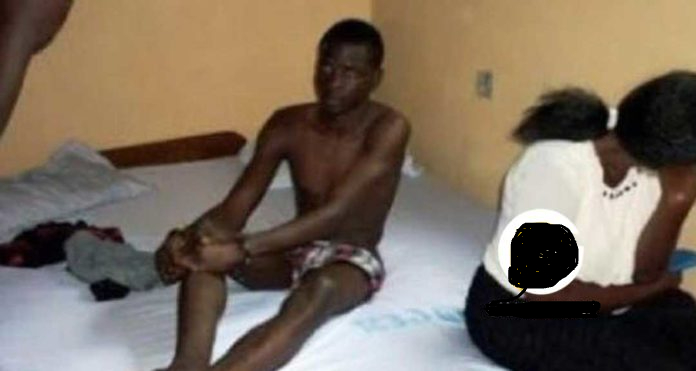 Worship leaders of a popular church have been caught red-handed by other church members bonking the hell out of themselves during an all-night church service.

What makes it’s shocking is the fact that they were caught red-handed na*ked inside a guest room of their pastor’s house during the church service.

According to the reports, these respected church leaders took advantage of the time the pastor was preaching to fornicate on his bed. They were caught in the act by the security at the pastor’s house who blew the alarm.

“On that day, the two were at a night prayer in the area. During the night the boy proposed love to the girl and she accepted. At 3 a.m the two left other members of the church and went to the guest room where they had sex once”.

The two fornicators are in their late 20s but for some reasons, the source cannot put out their names or church. But the story is developing and will keep you updated. In the meantime, the two are set to meet the disciplinary committee to answer questions on what happened.