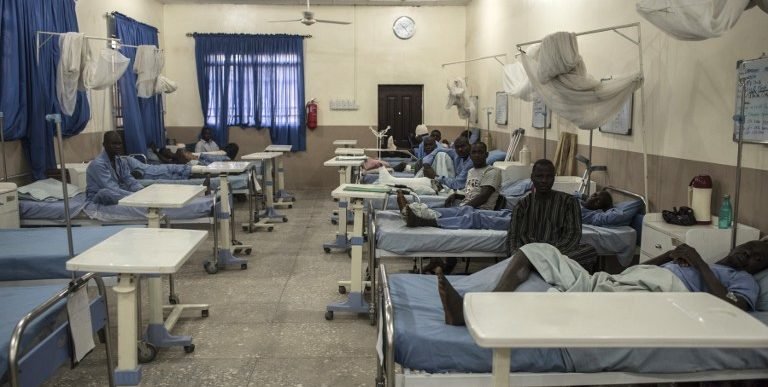 Staffs of a Lagos hospital reportedly caught two of their Patients, pants down having s*xual intercourse, disregarding the purpose for which they came to the hospital in the first place.

Photos of the man and woman have surfaced on the internet and it shows the patients pants down having sex under one of the hospital beds.

According to reports, the patients became close while receiving medical treatment in the hospital and started falling in love with each other. They have both been at the undisclosed hospital for about a week, and the nurses claim that it must have been going on for awhile before they got caught.

They were caught by hospital officials while they were engaged in the illicit act. Tragedy: About To Wed Couple Found Dead Inside Their Apartment In Imo