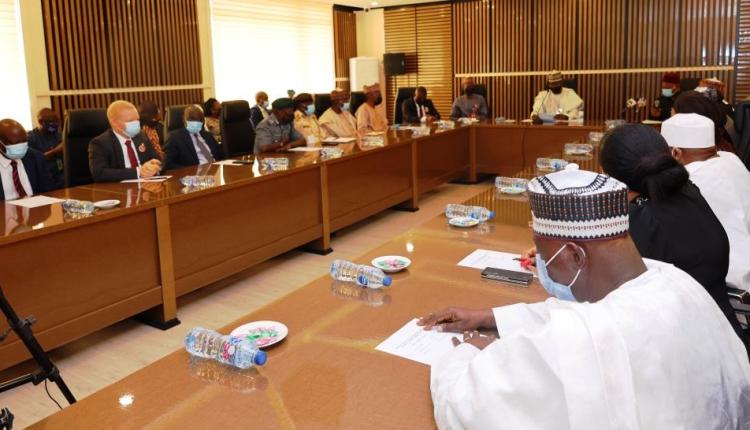 A 23-member board of the Economic and Financial Crimes Commission EFCC has been inaugurated in Abuja.

Performing the inauguration on behalf of the Nigerian Government, the Secretary to the Government of the Federation, Boss Mustapha, congratulated members on their appointment which he said, was a demonstration of the confidence of the President in their integrity, intellectual abilities and competence to contribute to the mandate of the Commission.

“I therefore, expect that all hands will be on deck to generate robust policy initiatives that will help this administration achieve its fight against corruption and revamp the economy. Similarly, in carrying out your responsibility as Board Members, you must also eschew corruption totally as Government will not hesitate to sanction all infractions,” he said.

The SGF who said he does not envy the board members in view of the fact that corruption is the greatest malaise hurting the country’s development, however urged them not to meddle in the day-to-day affairs of the EFCC.

“Let me reiterate the fact that Governing Boards are creations of the enabling statutes of the various institutions, with the main responsibility for giving policy direction to Management, in order to contribute towards the developmental goals of Government. This presupposes that the Management should be allowed to execute its day-to-day activities without undue interference by the Boards”, he said.

Also speaking, the chairman of the new board and Executive Chairman of the EFCC, Abdulrasheed Bawa, expressed delight that the Commission now has a board, having operated for six years without one.

He described the EFCC Board with representatives of many law enforcement and security organizations, as cosmopolitan.

Bawa disclosed that the Commission recorded 2,220 convictions last year, the highest since its inception and equally set a new record in terms of asset recovery.

He said the inauguration of the new board and the experience of members; place the Commission in good stead to better its 2021 performance.

Bawa assured that the board will not disappoint in terms of the confidence reposed in it and appealed to the SGF to help convey their appreciation to Mr. President for head-hunting them to lead the charge against economic and financial crimes.

Members of the board include Dr. George Ekpungu, Secretary to the Commission, Luqman Mohammed, Anumba Adaeze, Kola Adeshina and Yahaya Mohammed. Others are representatives of law enforcement, security and regulatory agencies.

Why Nigerians Should Not Wear Military Camouflage – General Irabor Speaks