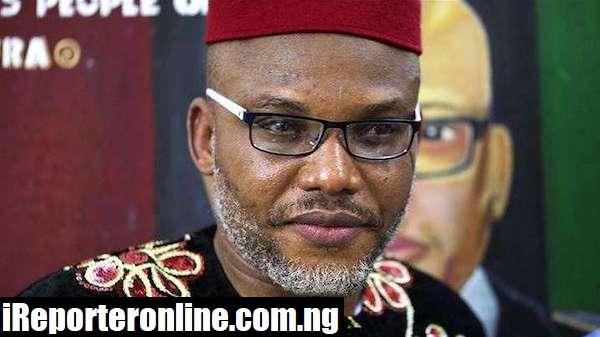 The leader of the outlawed Indigenous People of Biafra (IPOB), Nnamdi Kanu, has appealed to a Federal High Court in Abuja to transfer him to Kuje prison in Abuja.

Kanu, who rearrested abroad and flown back to the country last month is currently in the custody of the Department of State Services (DSS).

Upon his return to the country, Justice Binta Nyako, who had granted him bail on health grounds before he fled in 2017, had ordered that he should be kept in DSS’ custody until July 26.

In an application filed by Ifeanyi Ejiofor, his lawyer, Kanu said he had been subjected to mental and psychological torture in DSS custody.

He said it would be in the interest of justice for Kanu to be transferred to the Nigerian Correctional Service Centre.

“That the health personnel attending to the defendant in the custody of the State Security Service is not adequate, considering the circumstances of the defendant’s health condition.”

“That if the health condition of the defendant is not addressed most promptly, the defendant may die in custody, even before his trial.

“That since he was smuggled into this country on 27th June 2021, he has been kept in solitary confinement without access to his family members, relatives, wife, cousins, and children, except his lawyer, who only visits after they must secure the approval and endorsement of the Director-General of the State Security Service, which approval are not usually granted as a matter of course.

“That he is still being subjected to mental and psychological torture by his custodians, on account of the conditions of his solitary confinement.”