There is the cliche of a Prophet not having recognition in their home. Even Jesus Christ experienced the same challenge.

However,this is not the fate of the Erudite Professor Julius Ihonvbere,the member representing Owan Federal Constituency at the National Assembly who is being honoured with the ” Midwest Representative of the year” by the MIDWEST TEMPO Newspapers.
The opening paragraphs of the letter of award forwarded to Prof Ihonvbere which was personally endorsed by Mr. Emeka Ogbeide, Managing Director/Chief Executive Officer of SALEM HERITAGE ASSOCIATES, Publishers of Midwest Tempo Newspapers reads ” With utmost respect,the Management of Midwest Tempo is delighted to inform you of your choice by our numerous readers as the MIDWEST REPRESENTATIVE of the year. This choice is as a result of the well known competence and unflinching support for the stability of government and sustenance of development policies of the present administration. No FINANCIAL COST IS ATTACHED TO THIS AWARD. It is only an acknowledgement of the good works you have constantly exhibited in the course of good governance up till now in Edo State and Nigeria at large”

Ihonvbere needs no introduction as he came to National limelight during the pro-democracy struggle as an activist who rattled the military junta. He was forced into exile in the early 90s and became a roving International Scholar, teaching Political Science and International Relations in top Universities across the globe,like the University of Toronto, Canada and University of Texas at Austin in the USA amongst others. He later joined the Ford Foundation in New York. 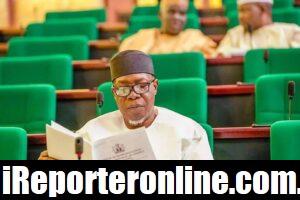 When democracy returned in 1999,the then President Olusegun Obasanjo who is a talent tapped him from exile to be a Presidential Adviser on Policy and Programmes Monitoring as well as the Speech Writer.

A lover of the Niger Delta people where he hails from. He was appointed into the Niger Delta Technical Committee where he greatly championed the cause of the oil rich states. He later served as the Secretary to the Edo State Government.
Prof Julius Ihonvbere tagged as the “Most- Published African Scholar of the last decade of the 20th century” by the African Centre for Democratic Governance in 2003 currently represents Owan Federal Constituency in the House of Representatives and is Chairman House Committee on Basic Education and Services.

This award is undoubtedly being bestowed on the right and very worthy recipient as Ihonvbere has earned accolades from numerous quarters as one of the busiest and most active lawmaker from the Niger Delta region in the 6th National Assembly where he has sponsored many progressive Bills and stays regularly in touch with his Constituency. A global man of many parts who has seen the world; he is at home with the have nots and does his best to lift them of the debilitating scourge oof poverty which in his view robs them of their dignity as humans.
This honour is timely as the newspaper covers the Niger Delta States of Edo and Delta and he was chosen on the basis of his selfless service to humanity in general.

Revealed: Why Jonathan Is Not Happy With PDP