5 Reasons You Should Flirt In Your Relationship - IReporteronline 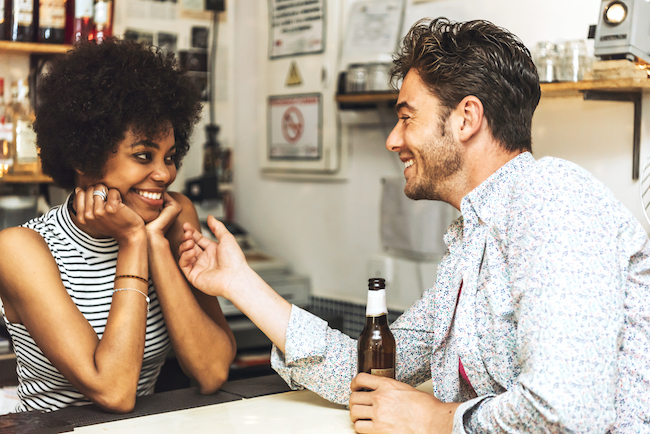 Flirting doesn’t stop becoming important once you know someone.

Too many people think of flirting as a way of letting someone know you’re interested in them — but it’s really a lot more than that.

Couples who stop flirting are couples who stop anticipating. Things go blasé and what was once an unpredictable stroll is now an expected lull. You need to keep flirting like it’s the beginning of your relationship.

It seems like a no-brainer, right? But a lot of people just don’t flirt with their partner. When we get to the comfortable, stable place of knowing we have a ‘secure’ status with someone else, it’s common to lose the playfulness that got you together in the first place.

We’ve all seen it or been a part of it — those couples who have been together for months and already act tense and joyless when they interact with each other. It’s just too easy to let the flirty, fun side of things go by the wayside— but you really shouldn’t.

Here are five reasons you should flirt while you’re in a relationship:

You’re with them for a reason, and just because you’re settled in a relationship doesn’t mean you should forget that. Having a good flirt reminds you of all the things you find sexy and desirable about them, which makes your relationship even stronger.

Flirting, whether it’s explicit or not, gets the mind thinking about sex. That slow build-up and anticipation will make sex even better. So it has the double benefit of helping the emotional and sexual parts of your relationship— and even bridges the gap between the two.

Flirting keeps the playfulness and banter alive. It keeps the energy flowing between two people so they are plugged in, making sex more ‘electric’ rather than feeling like a fuse blew.

It’s not like flirting is a chore. One of the reasons you should flirt is because it’s just fun. If you need an injection of something silly or sexy into your relationship, a good flirt— whether in person or even through a text message — is a quick and easy way to put a smile on you and your partner’s faces.

In the early days, there’s so much flirting. It’s a great bonding experience— you’re both putting yourselves out there, and there’s a weird mix of silly and sexy that comes with flirting. By flirting throughout the relationship, you can keep the spark alive.

If you’re in a long-term relationship, ruts are bound to come up. You’ve known each other so long and had every type of sex, it’s easy to let the flame die when you’re feeling tired or not in the mood. But you shouldn’t panic, instead, just know that flirting is a great way to help your way out of them.

Why I Became Scavenger In Lagos – Master’s Degree Holder

Ladies, Here Is How To Identify A Good Guy