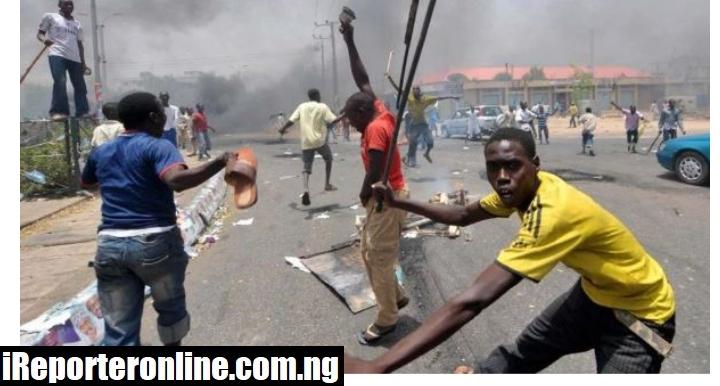 Mr Waziri Enwongulu, the Legal Adviser, All Progressives Congress (APC) of Wakama ward, Nasarawa State, has been attacked by thugs.

Enwongulu, while narrating his ordeal on Saturday in Wakama when officials of APC and stakeholders visited him, said that he don’t know why the unidentified men attacked him and burnt his brother’s house, NAN reports.

“It was around 1am today that I heard some voices at my door that I should come out or they will set my elder brother’s house ablaze, including me.

“When I came out of the house, I saw four people with knives, cutlasses and big sticks.

“They told me that APC changed the result of Chairmanship and Councillorship election in Wakama ward. They asked me to lay down, when I laid down, two of the men were guarding me and the other two went and set my elder brother’s (Mr Paul Angbazo) house, where I am living, ablaze.

“As you can see, everything was burnt but I thank God for saving my life,” he narrated.

Enwongulu said that the unindentified men have also threatened to kill him.

He added that the unidentified men also asked him to give them money “but I told them that I have no money”.

While sympathising with Enwongulu, Mr Usman Gboble, the Chairman of APC in the area, advised him to continue to be prayerful.

He said that the party would report the incident to the appropriate authority for necessary action.

NAN recalls that on Oct. 7, the Nasarawa State Independent Eelectoral Commission declared that the APC has won all the 13 chairmanship and 147 councillorship positions in the local government election conducted on Oct. 6.