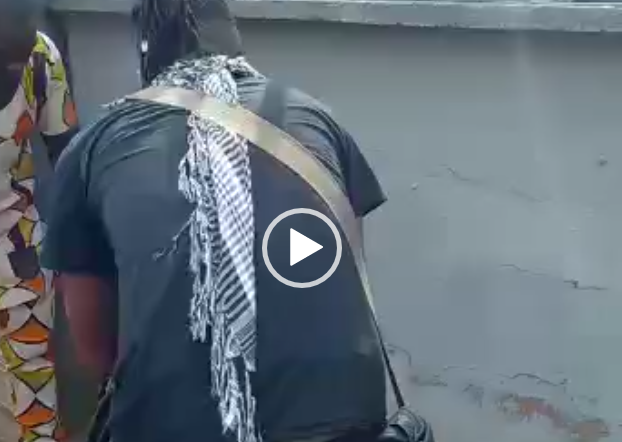 A child kidnapper, Solomon Osagie, who’s based in Ebonyi, drove down to Benin City in Edo State to kidnap a woman’s children.

During his confession, he says he turned to an animal, in order to gain access into the woman’s compound.

In the trending video, the kidnapper was seen sitting on the ground while a vigilante officer was interrogating him.

During the process, the kidnapper says that he drove all the way from Ebonyi state to Benin to kidnapped the yet-to-be children of the woman.

The victim (the woman and mother) was heard thanking God and thanking the God of KMCC or KFCC pastor.

The grateful woman showed the compound the kidnapper entered by changing into an animal. The vigilante man collected the “charm” he tied round his neck.

Abba Kyari: Why US Is Out To Expose Buhari’s Govt – Bamgbose Reveals