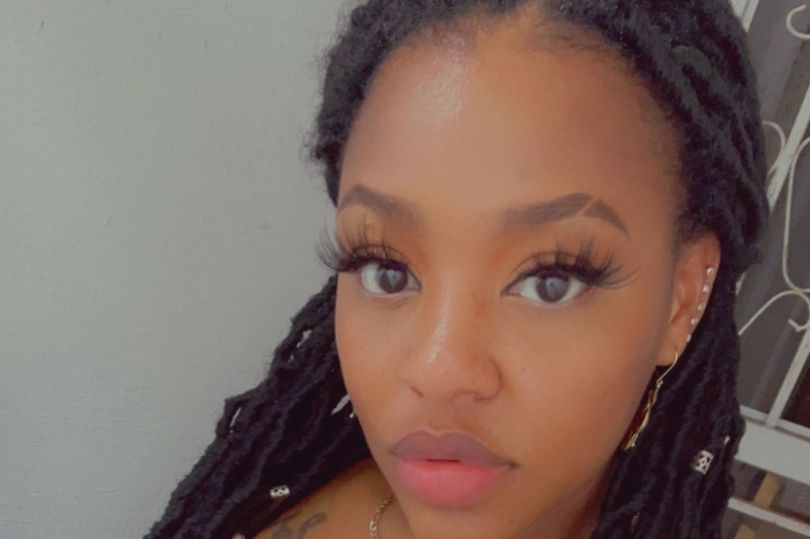 A woman has claimed she keeps her friend’s semen in the fridge to use it as face cream.

Kelly Zolanski, 26, saw a video online about how much “nutrients and protein” the bodily fluid contains, so she felt inspired to try it.

The beauty blogger asked her pal if he would be her supplier by welcoming him into her home where he makes a deposit in a tub.

She mixes the semen with moisturiser for a smoother application, saying it goes “flakey” when dry.

Also Kelly, from New York, US, said it could be “hard to keep up supply”, especially as she’s single.

In the TikTok clip, she puts the cream onto her skin while commenting on its “illuminating” effects and saying it “smells weird”.

“I keep it in a jar in the fridge. I live alone so no one will need to see it when they’re making breakfast.

“I came across a video on TikTok of this girl explaining how much nutrients and protein [semen] has and that some use it for facials.

“I’m single at the moment and called one of my friends. I called him on FaceTime and asked if he could give me some of his semen.”

She added: “He was like ‘what are you doing with it?’ I told him what I was going to do and he said I was crazy.

“He laughed when I asked for it and when he gave it to me he said I was crazy and laughed again.

“He came over and used my bathroom I gave him a jar to put it in. I put it on my face, let it dry then washed it off.

“I mixed it with moisturiser because it had a weird smell. He’s not the healthiest person.”

After Kelly posted her video on TikTok she went viral overnight, with her brother spotting the clip in a work WhatsApp group chat.

Even her mum “died laughing” when she watched the clip online.

Kelly said: “Everybody knows I’m kind of a crazy person so me asking for that isn’t really a surprise. The semen has so many nutrients.

“I didn’t really see that much of a difference in my skin because I use skin care products on the regular, but I still wanted to try it.

“When it dried, it was a bit flakey, the cream I mixed it with helped so it wasn’t too bad.

‘When I posted it. The next day my brother sent me a screenshot of my face and said ‘somebody sent this to the work group chat’.”

Now Kelly is cautiously recommending the product to brighten skin, but fears it could cause a “bad reaction” for some.

She assured: “I’m not encouraging it in case people are allergic to it. Some people might have a breakdown or bad reaction.

“I normally use more luxury brand stuff. If you’re single, it could be hard to keep up the supply.”

According to Medical News Today, although semen may provide skin benefits, there is little evidence to support this.

And there is no scientific evidence to support the use of semen as a treatment for acne.