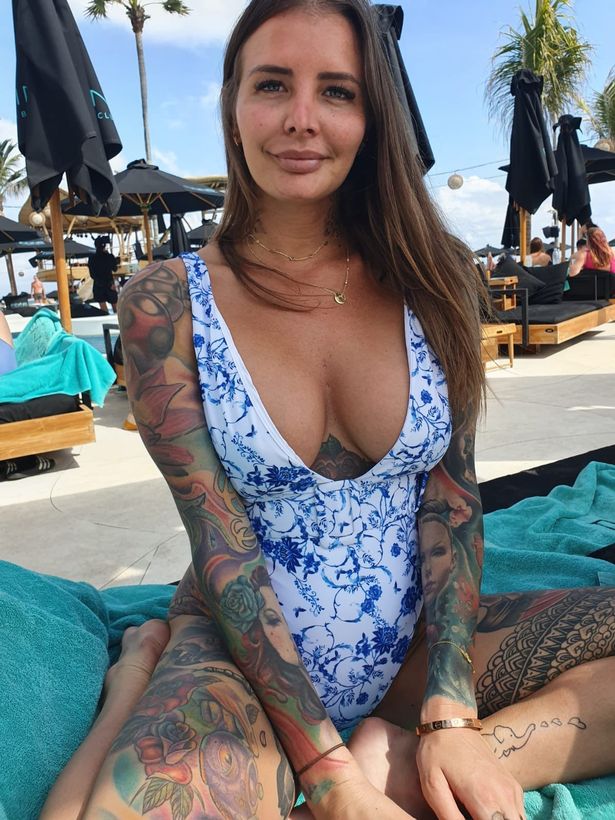 OnlyFans star Evelyn Miller, who was born with two uteruses, two vaginas and two wombs, has revealed that she’s pregnant.

The 31-year-old from from Queensland, Australia, who didn’t find out about her unique anatomy until she was 20 years old, says she’s currently 13 weeks pregnant.

The announcement comes after she gave birth to her first child – a healthy little boy – in June last year.

“I’m currently pregnant again – in my right side – and my specialist wants to schedule this C-section at 36 weeks,” she said.

Evelyn added that this pregnancy is going well, saying: I’m 13 weeks along now and finally over my morning sickness.

“It has been hard looking after a young baby and being so fatigued – especially while trying to work and film as well.”

Until having her first child, Evelyn had never spoken publicly about her condition, internally wondering whether she was even able to have children.

“When I realised that having two vaginas doesn’t affect me negatively, I came out publicly on Reddit, socials and OnlyFans, and it has been crazy ever since,” she said.

“I don’t wish that I only had one vagina. Having two has made my sex life more fun, and I think it’s important to embrace all bodies – we can all be so different.”

“I worked as an independent escort for about seven years travelling around the world,” she said.

“After I quit this, I started OnlyFans, filming adult content with both vaginas – and it’s been very, very successful.”

But along with the benefits, there are plenty of unusual things that Evelyn has to think about due to having two vaginas – putting two tampons in when she is on her period, having both vaginas tested for STDs when she visits the gynaecologist – and even where her partner can ejaculate while they are having sex.

“My doctor has told us to choose only one side to ejaculate in,” she said.

“Theoretically, I could carry two babies at once if I wanted – but it would be hard for my body, so we have had to be careful in that sense.

“Sex in each vagina feels very, very different I prefer one side but it depends on the position and shape of the guy as to which one I choose to have sex in.

“Having two vaginas has made my sex life a lot of fun – we can have sex in one side and use a toy in another, and there are all sorts of positions and things I can try.

“They both feel very different to me so I’ve been finding out what I like and don’t like on each side.”