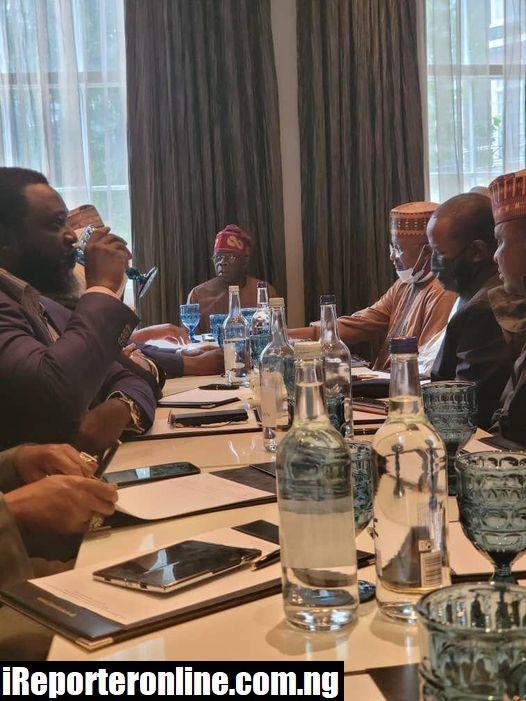 To be candid the former Lagos State Governor, Asiwaju Bola Ahmed Tinubu is the most talked-about politician today, his larger than life image is quite intimidating and outstanding.

Ordinarily, the events playing out in London would have been downplayed only if the opposition had stopped poke nosing into a private affair.

Tinubu’s Lagos residence can be compared to Saudi Arabia that increases by 3 million for five days every year when Muslims visit Mecca for one of the religion’s most sacred rites. His presence alone in Lagos increases the population.

So the Jagaban quietly went for an operation in London to correct a knee mishap and get himself prepared for the coming general elections which it is obvious he would be a major participant. He needs to be smart looking for  Nigerians.

Tinubu was advised to further take some rest in London after a successful operation to allow him to recuperate fully before coming back to his busy Mecca residence in Ikoyi, but wailers aka bad belle people would not allow Tinubu to be. Their constant twisting of the story that Tinubu was “quarter to die” became their new song.

Every day they would just sit down and cook stories to feed their gullible followers on how Tinubu is about to “KPUF” any moment. They even announced his obituary more than thrice and as we speak they are still preparing further speeches to announce his demise.

Some even said Tinubu has Parkinson disease and can not even stand alone for 3 secs without support. nothing we no go hear, these wicked people just want to use hypertension to kill Tinubu’s adherents. The lies were just too much.

Let me remind you about how humans behave, you see when they hear stories about someone they will make sure they strive hard to see for themselves, Nigerians na even worse for that kind of character.

Nigerians dem must wan know, so what could have been a private relaxation became a ritual rite with all Ogas for politics running to London to go and see the Jagaban, the Grand Capon of Nigerian Politics.

So yesterday some Northern Lawmakers come gather for London go greet the Jagaban of Borgu, Tinubu who was looking so fresh and even gave them the latest dance step while he briefed them about his health status. They were amazed and wetin come burst everybody head na when the Deputy Speaker himself( he led the delegation) Hon Idris Wase said to Tinubu, “See you soon Mr President”. Obviously in anticipation of Tinubu’s return. 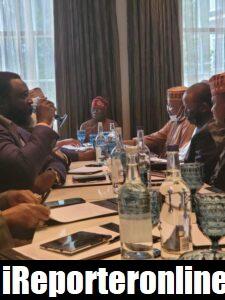 Anyway if you like keep talking from now till tomorrow, abuse Tinubu for all you like, but I must tell you the truth wey dey taste like ALOMO BITTERS, Tinubu has broken the GLASS CEILING when it comes to politics and here are five reasons why this is so.

1. Invest in Yourself: Is Tinubu your mate? When he was investing heavily in himself you guys were learning how to dance Alanta abi? Tinubu periodically analyzes his political empire , what are his limits, his team and his political model? Tinubu knows his strengths and weaknesses.

2. Expand Your Network: Tinubu this , Tinubu that, name your mentor that has achieved or attained the kind of network Tinubu has within his reach?

Tinubu has built his relationship with influential people in his niche he makes concerted efforts in connecting in meaningful ways.

3 Engage Your Audience and Constituents:  Have you ever seen Tinubu involving himself in frivolities? He constantly interacts with his political family and engages them hence you can see the kind of goodwill he’s receiving in faraway London.

4. Be Consistent: Tell me or show me which politician is as consistent as Tinubu and I would send you a gift. Fearless and consistent.

Now, we rarely get anything in life by expressing interest only once. Most things worth having require consistent pushing and hard work.

5. Show Off : In politics, entertainment, sports whatever field you find yourself you must flash achievements. Tinubu owes nobody a jack and needs no validation from wailers, Tinubu learnt from the best and must show off.

Politics is a game of strategy, and it takes a lot of thought and energy to do it right. It takes consistent practice and effort. Tinubu has paid his dues if una no want make we hear word because of Tinubu matter na be say we no go let una sleep with Tinubu soaring popularity.

Money Is Good: See Rare Pictures Of Obaseki As An Undergradute Student That Is Tearing The Internet Apart (Exclusive Photos)