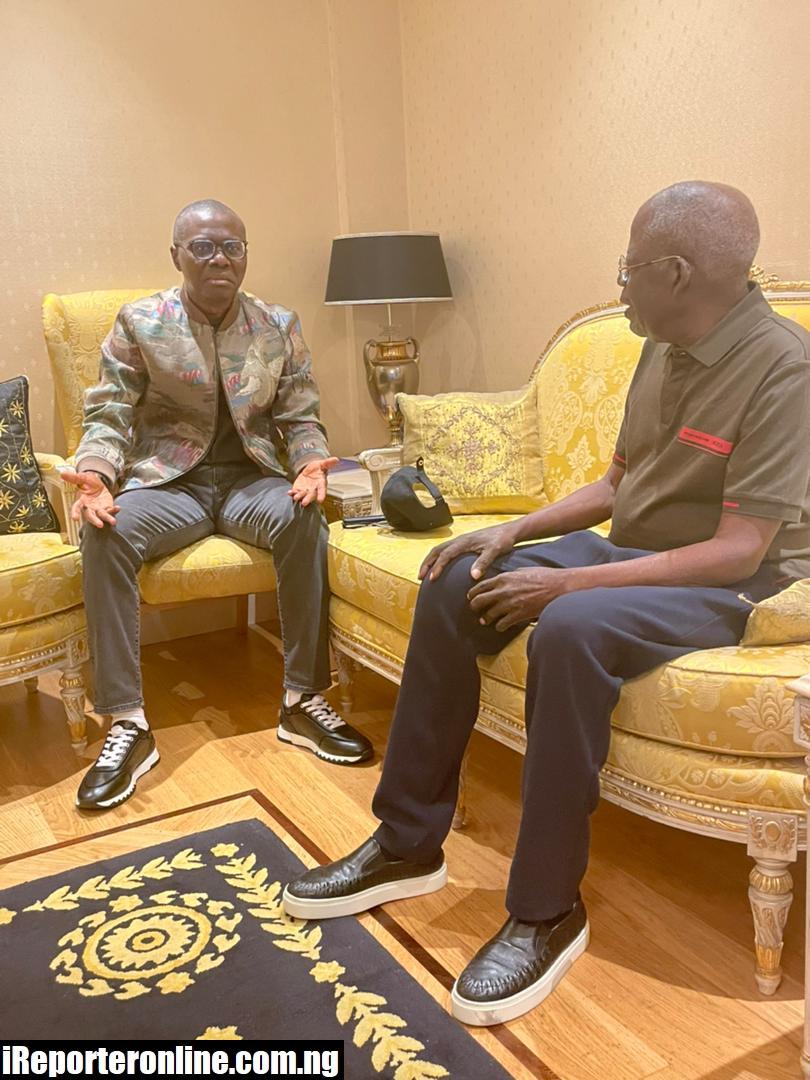 Street Ti Take Over: See Why Tinubu’s Photos With Sanwo-Olu In The United Kingdom Is Tearing The Internet Apart.(Pepper Dem Gang)

If you wait for the downfall of the king, God will not make it sound-African Proverb

My people say when you are big you are big abeg. The last 72 hrs have been quite thrilling in the political space, with a little hiatus on political stories because of the trend of an Abba Kyari indictment by the FBI some social media jobbers decided to fly the story of a Tinubu undergoing surgery in the United States for an undisclosed ailment.

Tinubu’s name flys like the NEPA bill which can be seen in every household, his adversaries always think they are a step ahead in making up fictitious stories about the Jagaban, so as usual, they went to the gossip mill to fly an unsubstantiated story that the Jagaban was in the United States undergoing a surgical operation. The obsession of Tinubu is so real that whenever they sight the  Jagaban outside his Bourdilion residence they rush to the internet to conjure all sorts of stories about the Jagaban in other to sell headlines. 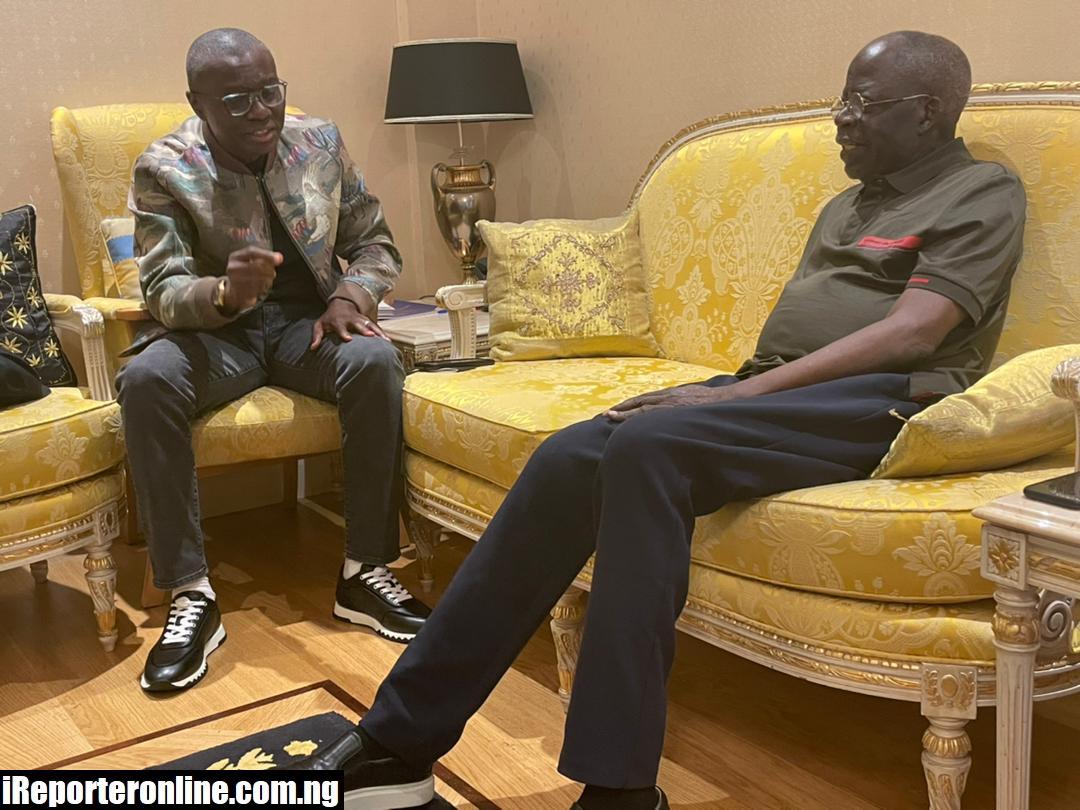 Here are 4 key reasons why Tinubu’s name would keep selling.

You won’t blame them actually when their preferred presidential aspirants are filled with questionable characters they become unsellable hence they try hard to bring down who God has blessed.

2. The Jagaban is a good man. You see when you have a nice father and something ill is heard about him his beneficiaries would be so worried and would want to read anything said about him, you won’t blame them as well, Tinubu’s generosity would always inform inquisitiveness to ascertain the real state of things. Na papa wey dey try na him pikin dey check up on if he travel. Before Daddy reach destination more than 100 missed call to just check up say baba dey ok. 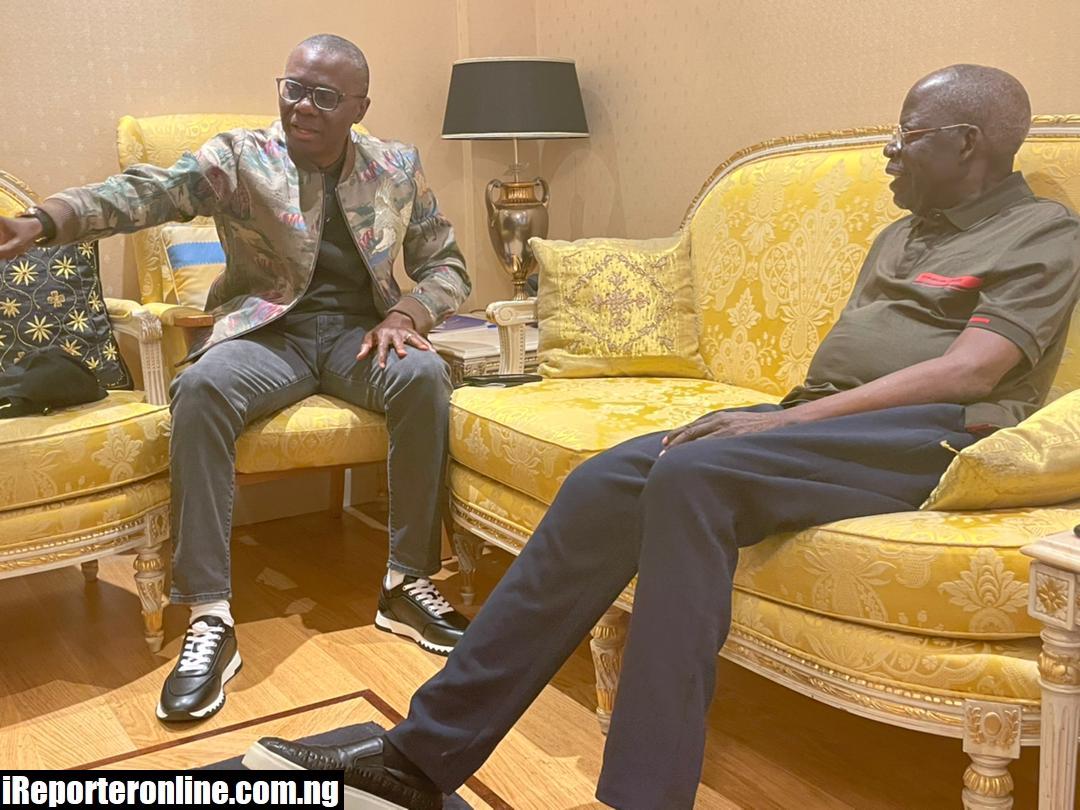 Tinubu na man wey get too many adherents them go wan click out of curiosity.

3. Tinubu is the main subject matter as regards the 2023 presidential elections. Ever wondered why all headlines are centered on Tinubu? His name alone attracts clicks, the Jagaban is well ahead of his contemporaries that the media can not afford to do a day without his mention. You no go blame them na traffic everybody dey find.

4. Tinubu seems to hold the ACES in the 2023 presdiental elections so the best way the opposition can discredit the Jagaban is by selling STALE STORIES OF HIS ILL HEALTH.

Imagine person wey dey UK dem talk say na USA e dey for inside emergency ward, meanwhile, the Jagabn dey consult with his squad for diaspora. So you can see that the mention of Tinubu is the beginning of SALES FOR both the conventional print and social media platforms.

Anyway as if to pepper dem , Tinubu has appeared in glowing photos with the Lagos State Governor, Babajide Sanwo Olu who was in London to say hi to the Jagaban. These pictures are presently giving haters sleepless nights as they have since gone mute while the loyalist of the Jagaban are celebrating the pictures. Like I said earlier you won’t blame them nobody would want to hear bad stories about their loved ones. So seeing him in awesome state would always serve as a relief.

If u like wish the Jagaban a million death, “If you wait for the downfall of the king, God will not make it sound”

Now you know why the internet is currently going crazy over these photos of Asiwaju Bola Ahmed Tinubu with the Lagos State Governor, Babajide Sanwo Olu, Check out the photos and tell us what you think.